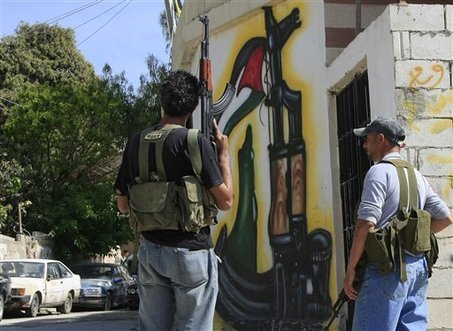 The military examining magistrate asked on Thursday for the death penalty against scores of Palestinians, who are on the run, for belonging to terrorist organizations, the state-run National News Agency reported.

NNA said Judge Fadi Sawan issued his indictment against the 31 Palestinians, accusing them of belonging to the Abdullah Azzam brigades and al-Qaida.

Sawan also accused them of committing murder, attempted murder and robbery at gunpoint during the clashes that took place at the Mieh Mieh Palestinian refugee camp on April 4.

NNA said that eight people were killed and ten others were wounded in the gunbattles.

Sawan issued an arrest warrant against the suspects and referred them to the permanent military court for trial.