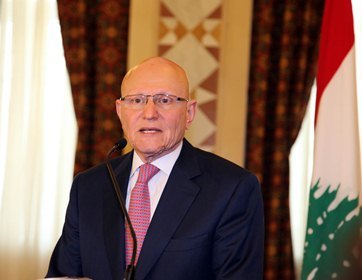 Prime Minister Tammam Salam expected that the ongoing cabinet dispute would reach a breakthrough before its next session, stressing on importance of safeguarding the local situation amid the turmoil in the region.

“I was keen during Thursday's cabinet session to fortify consensus over the mechanism” regulating the government’s work during the ongoing presidential vacuum, Salam said in comments published in As Safir newspaper on Friday.

The premier pointed out that he gave room for agreement among the rival parties to “take the right decision.”

“We will not wait endlessly,” Salam said.

On Thursday, the government held its third meeting after the expiry of President Michel Suleiman's term in May 25.

Concerning the situation in Iraq, Salam said that he reiterated during the cabinet session that “any regional development would have an impact on Lebanon whether it was negative or positive.”

“We agreed to safeguard the local situation to confront any shaky regional development through consensus and agreement.”

The PM expressed hope that the political arch-foes would maintain stability and act responsibly” regarding any regional development.