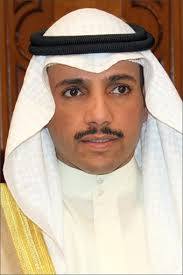 Al-Ghanim, the envoy of Emir Sheikh Sabah al-Ahmed al-Sabah, is also expected to follow up the agreements reached during the donor conference held in Kuwait.

Al-Liwaa quoted a cabinet minister as saying that the Kuwaiti speaker's visit would be the first trip made by an Arab leader to Beirut since the expiry of President Michel Suleiman's term on May 25.

Most of the displaced Syrians are living with relatives and small encampments spread in the country unlike Turkey and Jordan that have established official camps for them.