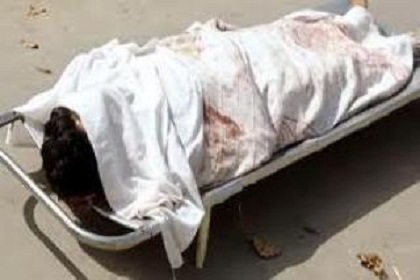 The Internal Security Forces said Friday that two Syrian teenagers have killed their sister in what the state-run National News Agency described as a crime of honor.

The ISF Intelligence Branch found the body of 24-year-old Diala T. near a school in the town of Deddeh in the northern Koura district, NNA said.

The police investigation led to the arrest of her brothers N.T. and Aa.T., who admitted to strangling her in an honor killing, the agency said.

The two men were arrested and handed over to the Dahr al-Ain police station for further investigation, it added.

But according to an ISF communique, the 16-year-old and 13-year-old brothers said they killed their sister “for family reasons.”

Every year thousands of women are killed for notions of family honor worldwide, mainly in the Middle East, North Africa and South Asia.

In 2011, the Lebanese parliament approved a draft-law to cancel article 562 of the penal code that calls for limited punishments for honor killings.

Crime of honor or crime of dishonor, they committed murder. Lock them up for 90 years. This is not Saudi Arabia.

RIP, poor woman. Whoever gave these boys the right to judge and to execute their own sister? I prey that these boys will spend the rest of their "honerable" lives in prison.

RIP, poor woman. Whoever gave these boys the right to judge and to execute their own sister? I prey that these boys will spend the rest of their "honerable" lives in prison.

how long before you say something intelligent?

sure i do not see any ounce of intelligence in your comments... they are irrelevant as you on this earth....

Ttfeh, Disgusted, absolutely what proof did they have to hurt and kill their older sister. ???? And Why is the Lebanese parliament not drafting a law that imprisons all males be it relative or not for such horrible crimes.

Madness what is happening to the world., MY goodness , Its happening in India, Malaysia, syria Lebanon, When will it end. very sickening. may she and others like her Rest in peace.