Television Cable Providers on Broadcasting World Cup: State Shied Away from its Duties 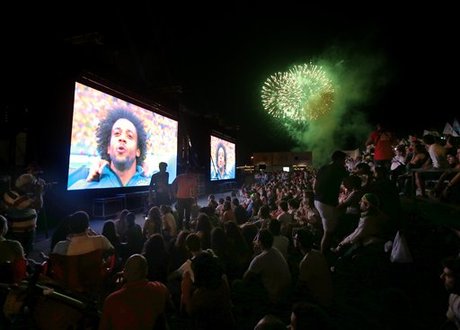 Television cable providers in Lebanon criticized on Friday the state for failing to address the issue of broadcasting the 2014 FIFA World Cup, which has left several households unable to view the tournament that kicked off on Thursday.

“We did not receive any word from any official explaining that viewers seeking to watch the tournament should pay the sole agent in Lebanon,” he added.

“The absence of the state in addressing this issue is unusual,” he remarked.

“The government should form an emergency ministerial committee to enable the Lebanese people to watch the World Cup matches for free,” stressed Khaled.

“The viewers cannot afford the fees demanded by the sole agent,” he noted.

Moreover, he revealed that the cable providers are the link between the agent and the people.

“We also cannot afford the sole agent's fees, meaning we have become the scapegoat” in this issue, he stated.

“We will go ahead with the broadcast if we reach a short-term understanding with the judiciary and the agent and until the ministerial committee is formed,” continued Khaled.

He revealed that he received several angry calls from viewers who were complaining about not being able to afford the fees imposed by the agent.

“We are willing to perform what it takes to please the viewer,” he stressed.

In addition, Khaled said that the cable providers cut the transmission, for 45 minutes, of certain television channels broadcasting the opening game of the World Cup in order to “emphasize what may happen when viewers are prohibited from gaining access to the matches.”

The 2014 FIFA World Cup kicked off on Thursday with hosts Brazil defeating Croatia 3-1.

I am so ashamed of what this country has become. We can't even afford to broadcast the world cup. How are we gonna be able to renovate our roads, public transportation? How are we gonna pay the employees of the public sector, the electricity? Oh wait I know, we're not going to.