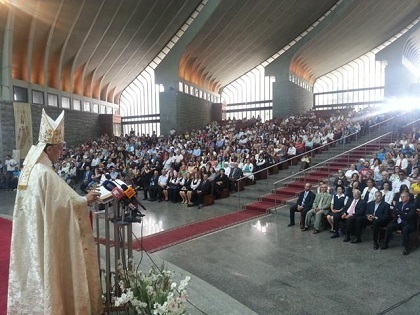 Maronite Patriarch Beshara al-Rahi slammed on Sunday the negligence of lawmakers and their failure to carry out their constitutional tasks.

“The people reject such carelessness,” al-Rahi said in a harshly worded sermon at Our Lady of Lebanon basilica in Harissa.

“The people reject the MPs failure to elect a new president and the unstoppable violation of the constitution and their dignities.”

He stressed that the Lebanese “got tired of the policies that breaches the democratic norms.”

Al-Rahi called on the concerned parties to reach common ground to resolve the ongoing presidential crisis.

don't have two gods (money , god )...
Sayedna everybody knows which god the lawmakers decided to warship