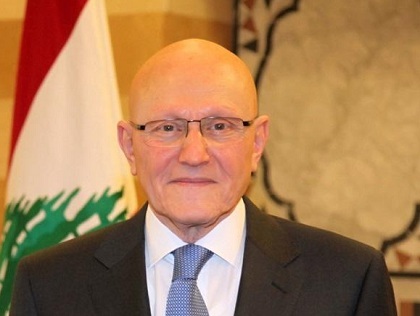 Prime Minister Tammam Salam said on Monday that he is determined to reactivate the work of the cabinet, expressing relief over the security situation in the country.

“The interests of people should not remain obstructed,” Salam said in comments published in An Nahar newspaper.

He revealed that he will call for a cabinet session this week.

Last week, the government held its third meeting after the expiry of President Michel Suleiman's term in May 25.

Asked about the impact that the security developments in Iraq will have on Lebanon, Salam said that the “local security situation is under control.”

The Lebanese state is eying ways to support the capabilities of the army as a tool to maintain stability despite the regional turmoil, the premier stressed.

A radical Sunni insurgency has seized last week a swathe of Iraq and began advancing toward Baghdad.