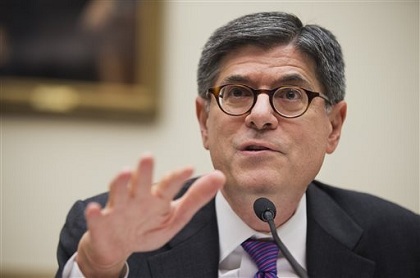 Lew told a press conference in Jeddah after talks with Saudi counterpart Ibrahim al-Assaf that close cooperation between the two countries "is even more important given our shared concerns about developments in Iraq".

"The events in Iraq also underscore the importance more broadly of redoubling our efforts to combat the financing of terrorist organizations," Lew added.

Militants spearheaded by powerful jihadist group the Islamic State of Iraq and the Levant (ISIL) and joined by supporters of executed dictator Saddam Hussein, launched their lightning assault on June 9.

Lew said he discussed with Assaf "the need for Iraqi leaders to put aside differences and implement a coordinated and effective approach to confront terrorist groups such as ISIL."

He described Riyadh as one of Washington's "most important partners in combating terrorist financing."

"We hold (Saudi Arabia) responsible for what these groups are receiving in terms of financial and moral support," the Iraqi government said in a statement, accusing Riyadh of "siding with terrorism".

It was not the first time that Baghdad has said Riyadh is backing Sunni Islamists. In March, Shiite Prime Minister Nuri al-Maliki accused Saudi Arabia and Qatar of supporting terrorism in Iraq.

Saudi Arabia and Qatar this week said Maliki's "sectarian" policies against the Sunni Arab minority had triggered the unrest sweeping his country.