Could Dior be Homing in on New Designer? 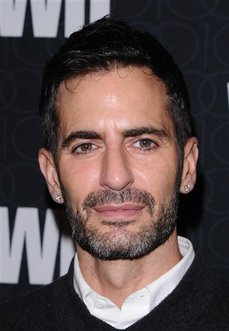 The fashion world is abuzz over the possibility that U.S.-born designer Marc Jacobs might take over as creative director of Dior.

The label, widely considered the jewel in the crown of French fashion, has been floundering for nearly six months, since its longtime creative director John Galliano was summarily sacked over allegations he made anti-Semitic remarks.

Jacobs is among the top tier of designers worldwide, adored by critics and consumers for his signature label and for his work for Louis Vuitton — the coveted bag maker which is also owned by Dior parent company LVMH.

Fashion trade publication Women's Wear Daily on Monday cited anonymous sources as saying that Jacobs has been approached by LVMH management about a move to Dior and that the two parties were in talks about a possible deal.

The report said another critical and commercial darling, Phoebe Philo — designer at LVMH label Celine — could be tapped to replace Jacobs at Vuitton, if the deal goes through. Officials at Dior and Vuitton said they could not confirm the negotiations.

Dana Thomas, a veteran fashion journalist and author of the industry expose "Deluxe: How Luxury Lost Its Luster," said she found a possible Jacobs move plausible.

"This is about the safest move LVMH can do," Thomas said in an email to The Associated Press. "Everyone loves Marc. He's boundlessly creative. He knows how to assemble and managed an excellent team. And he is resolutely modern."

From a commercial perspective, Jacobs' departure from Vuitton would likely have little impact because "fashion is such a small slice of Louis Vuitton's sales," Thomas said, adding, "Really, what folks want is that classic monogram bag."

Jacobs is also seen as a solid choice in an industry where the mental and emotional stability of designers has emerged as a concern following the 2010 suicide of British star Alexander McQueen and the Galliano case.

Galliano, in a Paris court appearance in June, blamed industry pressures and alcohol and prescription drug addictions for his outbursts, including one in which he is seen on video praising Adolf Hitler.

Jacobs has done a stint in rehab for addictions of his own, but is widely regarded as having overcome his substance problems.

"Having worked with Marc for so long (at Vuitton,) LVMH knows what they are getting at Dior. No surprises, no drama," said Thomas.

Jacobs, a tattoo-covered New Yorker known for his penchant for wearing kilts and Dr. Martens boots, is one of several designers spotlighted by the rumor mill as possible candidates for the coveted Dior job. Others rumored to be in the running include Alber Elbaz of Lanvin; Sarah Burton, who replaced McQueen at his label; Haider Ackermann, a rising star with his own signature brand, and Riccardo Tisci of Givenchy, yet another LVMH brand.

Jacobs, 48, is a native New Yorker who seems like he has always gotten to do it his way.

He went from Manhattan's High School of Art and Design straight to Parsons The New School of Design, where he was named design student of the year. He started selling his work while still in school, and launched his own label in 1986.

When Jacobs began working at Perry Ellis in 1987, business partner Robert Duffy was already by his side and they were hired as a team. They were fired that way, too, in 1992, after Jacobs turned out the groundbreaking grunge collection full of plaids and flannel that was heralded by fashion insiders, even winning the CFDA award as top womenswear designer, but the look was rebuffed by the more traditional brand.

Jacobs and Duffy reorganized and launched the Marc Jacobs collection label in 1993, but largely lived off their reputations and their list of friends — including supermodels, celebrities and photographers — until Jacobs took on the top design job for Louis Vuitton in 1997. As part of that deal, LVMH agreed to finance Jacobs' signature collection, which also has grown to include the contemporary line Marc by Marc Jacobs.

Jacobs splits his time between New York and Paris.

What better way for Dior to come out of the Galliano scandal then to name a Jewish designer to replace him. Hats off Dior!!!!

Only on a lebanese forum can an article like one posted above attract comments like from the coup de maitre.. lebanese obsession in shoving religion into everything is what keeps them primitive and underdeveloped.