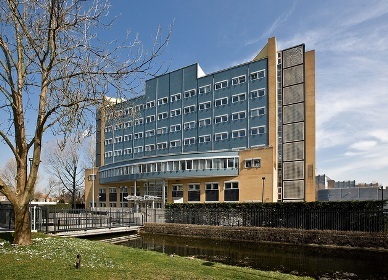 The Special Tribunal for Lebanon resumed on Wednesday the trial in the Ayyash et al. case tackling the assassination of former Prime Minister Rafik Hariri.

The trial at the Hague kicked off with Registrar Daryl Mundis confirming that none of the five accused came forward to appear before the trial.

They will be charged in absentia after they did not appear before the court and after Lebanese authorities failed to apprehend them.

The charges against the accused were then listed, followed by a statement on slain Minister Bassel Fleihan, who was a passenger in Hariri's vehicle on the day of the assassination.

Fleihan sustained severe burns from the explosion that targeted the former PM's convoy, passing away 64 days after the attack.

Fleihan's widow, Yasma, was present at the courtroom as a victim in the assassination.

Prosecution Senior Trial Counsel Alexander Milne then began the Prosecutor's opening statement by recounting the events that took place on the day of Hariri's assassination on February 14, 2005 and the consequent developments.

Prosecution Counsel also covered the phone networks that are believed to have been involved in the conspiracy.

There are 65 participating victims in the Ayyash et al. trial and they are represented by three Legal Representatives.

The Ayyash et al. trial started on January 16 and 15 witnesses were heard and the statements of another 48 were admitted into evidence.

Ayyash and Badreddine face five charges including that of "committing a terrorist act by means of an explosive device" and homicide, while Oneissi and Sabra faced charges of conspiring to commit the same acts.

Merhi is charged with a number of crimes including "the crime of conspiracy aimed at committing a terrorist act."

Hariri and 22 others were killed in a massive suicide car bomb attack in Beirut in February 2005.