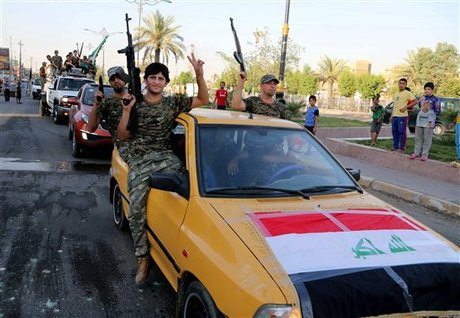 The United Arab Emirates said Wednesday it had recalled its ambassador to Iraq for consultations over the growing unrest and slammed the Shiite-led government's "sectarian" policies.

A foreign ministry statement voiced "serious concern" about "exclusionary and sectarian policies that marginalize essential components of the Iraqi people," in reference to the Arab Sunni minority.

The UAE warned that the policies of the Shiite-led government of Prime Minister Nuri al-Maliki, will only contribute to "escalate political tension and jeopardize security."

"The only way to salvage Iraq and protect its territorial integrity and stability is through adopting a consensual national approach that brings (Iraqis) together and does not exclude" any party, the UAE ministry said in a statement carried by WAM state news agency.

Earlier the UAE's Gulf Arab partner Saudi Arabia warned of the risks of civil war in Iraq after Sunni militants seized large areas from the government, and also called for a "national consensus government".

Saudi Arabia and Qatar this week both blamed "sectarian" policies of Iraq's government against the Sunni Arab minority for the unrest that has swept the country.

Militants spearheaded by powerful jihadist group the Islamic State of Iraq and the Levant (ISIL) and joined by supporters of executed dictator Saddam Hussein, launched their offensive on June 9.

The UAE statement said it "reiterates strong condemnation of the terrorism of ISIL which killed scores of innocent Iraqis."

But it said that the UAE "believes that the way out this bloody tunnel will not be through more exclusionary policies and sectarian approaches."

"We've seen this during Saddam Hussein; now we are seeing this during the current government, where one segment of the society is totally ignored," he said.

haboub, sunnis were cleansed by 100s of 1000s from baghdad and other cities. Same applied to iraqi christians.

Btw, if its sunnis to massacre sunni civilians in syria, why do ur alawite boyfriend need to bring shias from lebanon, iraq, iran, afganistan and turkey ? Please tell us haboub...

ultrahabib does not care about Sunnis or anyone else. He cares only about his sectarian party.