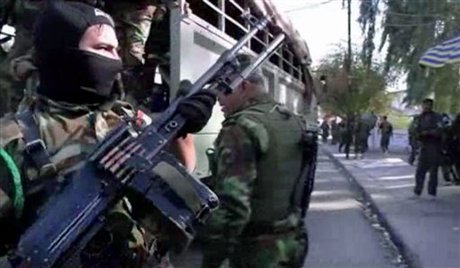 Massud Barzani, the president of Iraq's autonomous Kurdistan region, on Wednesday called on retired fighters from the Kurdish peshmerga security forces to sign up again to "support the peshmerga forces and prepare for all possibilities."

His remarks come after a major militant offensive that began on June 9 has afforded the Kurds the opportunity to seize a swathe of this disputed territory, with Baghdad ill-positioned to do anything about it.

Federal security forces have either withdrawn or been swept aside by militants led by the extremist Islamic State of Iraq and the Levant in various parts of northern Iraq. That has left the way open for Kurdish troops to move in, but this has put them in the line of fire from militants.