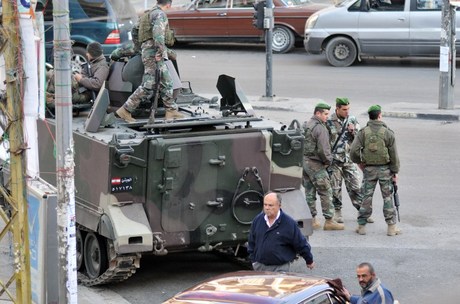 A dispute between two families erupted into an armed clash on Sunday in the northern area of al-Beddawi, forcing the closure of the Tripoli-Akkar road.

“A dispute between young men from the Mehrez and Ghimrawi families escalated into a heavy exchange of gunfire in al-Beddawi, damaging properties and forcing the closure of the main road that links Tripoli to Minieh, Akkar and the Syrian border,” state-run National News Agency reported.

An army force has since intervened and started pursuing the shooters, NNA said.

According to the agency, members of the Mehrez family had on Saturday opened fire at the car of al-Beddawi Municipality chief Hasan Ghimrawi.

In a separate incident, young men from the Dahr Haddara village blocked the Halba-Arqa public road in the North with burning tires.

Their move aimed at protesting the army intelligence's arrest of a village resident, according to NNA.

FT - I expected better from you. Whoever is involved should be arrested and prosecuted to the fullest extent of the law.