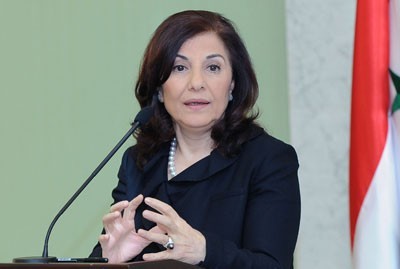 According to the daily, Feltman called on Damascus during a meeting with the Syrian president's media adviser Bouthaina Shaaban not to obstruct the presidential poll.

Shaaban has visited Norway in the first trip to Europe by a senior official in three years, her office said Sunday.

"Dr. Shaaban visited Oslo on June 18 and 19 at the invitation of the Norwegian foreign ministry to take part in a conference," one of her colleagues told Agence France Presse.

"It was the first trip to Europe by a top official since the beginning of the crisis," he said.

On June 16 she had visited Moscow for talks with Russia's deputy foreign minister, Mikhail Bogdanov.

Both Iran and Russia are key allies of Assad's regime.

Lebanon has been plunged in presidential vacuum since the term of President Michel Suleiman ended in May.

Seven elections sessions have been staged, but lawmakers failed to elect a head of state due to a dispute between the March 8 and 14 camps over a candidate.

The next electoral session is scheduled for July 2.

no zeina ... arrest her and bang her then hang her