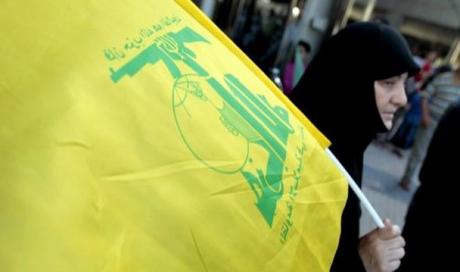 Hizbullah on Tuesday strongly deplored the suicide car bombing that rocked the Tayyouneh area at midnight, hailing “the latest security achievements” and urging the Lebanese to show vigilance.

“Terrorism struck again last night in the Tayyouneh area, targeting entire Lebanon and its security, economy, people and institutions, which resulted in the martyrdom of one person and the wounding of several others, sowing destruction in a dear Lebanese region,” the party said in a statement.

And as Hizbullah expressed its “deep distress over the continued criminal wave of terror against the country and its people,” it strongly condemned “this cowardly act and its perpetrators.”

The party extended its warmest condolences to the family of slain General Security member Abdul Karim Hodroj, saying “he sacrificed his blood to rescue civilians after intercepting the criminal terrorist.”

Hodroj had been driving home late on Monday with a colleague, Ali Jaber, when they saw a car driving against the traffic flow towards the packed Abou Assaf Cafe in Tayyouneh.

Hodroj and Jaber stopped the driver and questioned him after he said his car key was broken but the suicide bomber blew up the vehicle when Jaber went to the closest army checkpoint to report his suspicions, as Hodroj stayed to ensure the man did not get away.

As a result, Hodroj was immediately killed while around 20 other people were injured.

Hizbullah lauded “the latest achievements of the relevant military and security agencies,” urging them to “continue their blessed efforts to foil criminal conspiracies and plots against Lebanon and the Lebanese.”

The party called on the Lebanese to “show the highest levels of vigilance and responsibility to thwart the plans of those who are plotting against the country and its people.”

Later on Tuesday, a leader of the Qaida-linked Abdullah Azzam Brigades warned Hizbullah that it "will not enjoy safety until security returns to the people of Syria and Lebanon."

Monday's blast was the second in four days inside Lebanon after several months of calm.

Hizbullah's strongholds in Beirut's southern suburbs and the Bekaa had been earlier targeted by around 10 deadly bombings, which were claimed by Sunni extremist groups who blamed the party for sending thousands of fighters into Syria to support President Bashar Assad's regime against rebels seeking to oust him.

God place the Bless ALL the Lebanese people (Even u M14ers) The Army and Resistance! The Golden Equation will prevail! Labayka Ya Libnan!!

Thats because u have selective hearing Einstein...The SAYED has ALWAYS touted the GOLDEN EQUATION...If your to sectarian to hear it thats ur fault not ours

Bravo Naharnet is increasing strife. what a shame! what a big shame. Sunna is killing shiaa? how? and when?

till this armed iranian militia exists there will be no peace in Lebanon....

Sunnis are the cancer of this world

When you beat yourself during ashoura, do you use swords, chains, knifes or fists?

How's iceman been treating you Kate?

Have you looked in the mirror lately dear?

Sunnis have made Islam and the World suffer with their cancerous illness for centuries.

I'd say a little from both of you and the extreme ideologies, does that big word scare you?

And please, go take it up with your home country. Lebanon doesn't need sectarian garbage from a highschool kid.

Both of your wonderful sects with infinite stupidity, thank you for keeping the primitive feud going. PS I hope I didn't use too many complex words today, given your highschool level education.