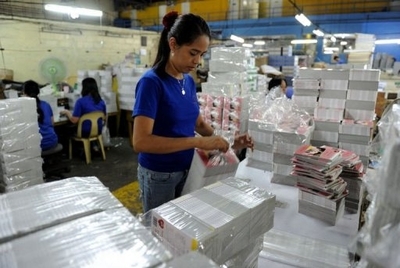 In the fantasy world created by Philippine publishing giant Precious Hearts Romances, the men are rich, sexual promiscuity and homosexuals are taboo, and the story always ends happily after 128 pages.

The ultra-cheap local versions of Britain's Mills and Boon novels are the country's most popular books, making their authors champions of conservative Christian values and unlikely heroes in the battle to improve literacy among the poor.

"Some people say it's trash, but at least they (the poor) read," said Segundo Matias, the boss of Precious Hearts, which churns out 50 titles monthly to dominate a genre that has a readership estimated in the millions.

Priced at 37 pesos (about 87 cents) and written in street-level Tagalog, the books emerged in the early 1980s when an economic crisis forced the importers of western "chick literature" paperbacks to seek out alternatives.

Matias told Agence France Presse from his Manila print shop that the local versions turned out to be far more popular, partly because they were faster-paced.

Matias said another important factor was that the novels' morality codes reflected values embraced by many in the Philippines, Asia's Roman Catholic outpost where divorce, abortion, and same-sex marriages remain illegal.

"There's no bed-hopping, there's no immorality," he said.

"We don't allow an ending where one of them is already married and the other one is unmarried. They should not end together. In the Philippines that's not allowed."

But in a country where roughly a quarter of the population lives on a dollar a day or less, the books have proved so popular because they always offer hope.

Romance author Maia Jose, who began writing in 1990, said the genre centered on the build-up of a romantic relationship that must end either in marriage or in a commitment.

The authors typically do not have any formal writing background, with housewives, students and moonlighting accountants among a mixed bag of storytellers.

Jose said she generally took between two and four weeks to write a book, while one particularly prolific writer once churned out nearly 100 in a year.

Even the most famous writers do not earn enough to make a full-time living from their craft, with publishers paying them about 5,000 pesos ($120) per book.

Melanie Tamayo, a 51-year-old grade-school graduate who cooks and cleans house for rich Manila families, said she had been spending her spare cash and free time on romance pocketbooks for more than a decade.

"If the story is really good I spend the rest of the night reading instead of going to sleep," she told AFP.

"At times I feel I am the lead female character -- somebody who is poor and got lucky when she went to work abroad."

Each title gets an initial print run of 5,000 copies or more, making romance novelists the envy of critically acclaimed Filipino authors.

"They (serious authors) would be happy if their book sold 1,000 copies," Jose said.

The books have also built a huge global following, thanks to the roughly nine million Filipinos who work or live abroad.

The most famous authors go on book tours to Hong Kong, Singapore and elsewhere where hundreds of thousands of Filipina maids, who are among their most loyal readers, work.

Dennis Gonzales, chairman of the government's National Book Development Board, said the romance books were an important way of keeping people interested in the written word, amid the distractions of new technologies.

"It's still better to read romance novelettes than to while away your time texting (sending mobile phone text messages)," Gonzales told AFP.

He said only about 22 percent of Filipino adults read books.

"Among the working poor and the very poor, the books that they primarily read are the very affordable or cheap ones like romance novels," he said.

Such is the price-sensitivity of the product that Jose said her former publisher lost most of its readership in 2000 and almost went under after an ill-advised decision to raise the book price to 45 pesos.

Matias used that moment to expand his business -- keeping the price tag unchanged -- and captured the market leadership among the five or so Philippine publishing houses that put out romance novels.

Even rejected manuscripts do not go to waste as smaller publishers usually buy them on the cheap to be hawked like vegetables on the streets for as low as 15 pesos.

Gonzales said he wanted to maximize the use of the genre to widen the readers' vocabulary and general knowledge by getting publishers to instruct their authors to insert educational material.

"But you cannot make it so alien to the masses of readers. It cannot read like high literature, because otherwise they won't buy it," he said.