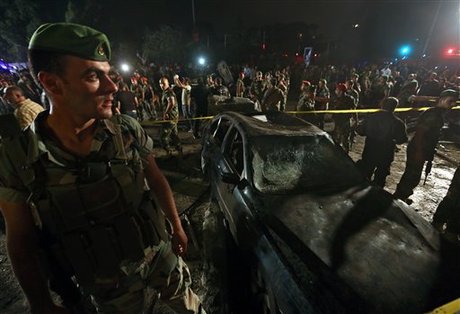 Prime Minister Tammam Salam has said that Lebanon “enjoys stability” despite the latest suicide bombings that struck the country, adding that the vacuum at Baabda Palace was not causing the deteriorating situation.

In remarks to the Kuwaiti al-Seyassah daily published on Wednesday, Salam said: “Lebanon is safeguarded and enjoys stability.”

“Terrorist attacks could take place … they are not a permanent situation,” he said.

The premier did not draw a link between the bombings in eastern Lebanon and Beirut, and the failure of the rival parties to elect a new head of state.

“There is an incomplete political situation in the absence of a president,” Salam said.

But he stressed that the vacuum at the presidential palace “does not mean” a deterioration in the security situation. “There is an agreement among the political parties to preserve the nation.”

“Investment in security is something and the election of a president is something else,” the premier told al-Seyassah.

Speaker Nabih Berri called for the recruitment of thousands of soldiers and security personnel to confront terrorists and help the army and security agencies thwart future attacks.

The Lebanese authorities “should invest in security,” he was quoted as saying on Monday.

Salam said that security issues are linked to agencies and the government. As for the election of a president, it is a political and constitutional matter.

He reiterated that the vacuum in Baabda neither benefits nor harms political consensus or the division of shares between Muslims and Christians.

Salam stressed however that the rivals parties should “continue to exert all efforts to hold the presidential elections as soon as possible.”

Meanwhile, officials close to the premier told pan-Arab daily Asharq al-Awsat that the different parliamentary blocs that are represented in the cabinet are holding consultations to resolve the differences on the government's work.

The officials said the discussions have focused on a proposal to allow representatives of each bloc in the cabinet to sign decrees and decisions taken by the cabinet, which should exercise full executive authorities in the absence of a president.

But An Nahar said that the plan to form a seven-member committee to sign the decrees on behalf of the other ministers has faced difficulties over reservations expressed by more than one party.

The issue will become clearer during a session set to be held on Thursday.

Salam is correct. Even when there was a president, there were car bombings and the situation in Lebanon wasn't too stable. So no one should be saying that the vacuum is the reason behind the situation.

the real question is:
permanent vacum?????????
after what happened in irak "province"???