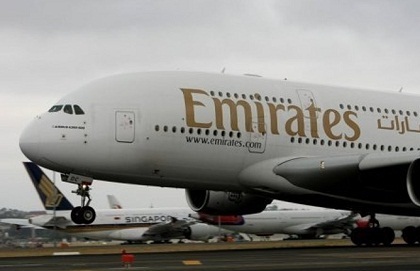 Dubai's Emirates Airlines said Wednesday it has suspended flights to Peshawar, in northwest Pakistan, after gunmen opened fire at a landing plane killing a passenger and wounding two crew members.

"Emirates has suspended flights to and from Peshawar effective 25 June 2014 until further notice, due to the security situation at the destination," an Emirates statement said.

Unidentified gunmen opened fire late Tuesday as a Pakistan International Airlines (PIA) flight arrived in Peshawar from Riyadh with more than 170 passengers on board.

A female passenger was killed in the attack and two stewards were wounded.

Police said flights at the Basha Khan International Airport in Peshawar, in Pakistan's troubled northwest, have been temporarily halted following the gunfire.

let them take pilgrims both Moslem and Christian to Tel Aviv for visits to their holy sites.