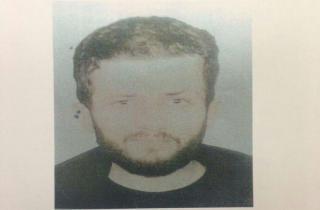 The General Security agency on Thursday circulated the picture of a Lebanese man accused of providing the Duroy Hotel bombers with explosives, as media reports said the two attackers wanted to target al-Saha Restaurant in Dahieh.

“Following the authorization of the relevant judicial authorities, the General Security circulated the picture of al-Monzer Khaldoun al-Hasan, who was born in 1990 in Akkar's Bizbina to a mother who hails from (Syria's) Aleppo,” state-run National News Agency reported.

The man “is suspected of having provided the cell that was raided at the Duroy Hotel (in Raouche) with suicide vests and explosives,” NNA quoted the security agency as saying.

“He has the Swedish nationality (and a passport) with the name of 'Monzer Al HASSAN' and he has been driving two cars – an old beige Nissan and a gray Mercedes manufactured in 2005,” the General Security said, noting that “these two cars may be booby-trapped.”

LBCI television said the man was arrested based on the confessions of the Saudi would-be suicide bomber who survived Wednesday's blast and who was captured by the General Security.

“The arrested would-be suicide bomber told interrogators that he and his companion had intended to target al-Saha Restaurant near the Great Prophet Mosque in Beirut's southern suburbs," LBCI reported.

According to al-Akhbar newspaper, General Security agents overnight raided al-Saha Hotel in Dahieh in search for suspects who might have checked into the hotel.

For its part, As Safir newspaper said “the cell yesterday received an order to carry out a double suicide attack through bombers wearing suicide vests against one of the biggest restaurants in Beirut which is part of a large hotel.”

The daily said the attack was supposed to take place during peak time when customers would be watching one of the World Cup matches.

Later on Thursday, OTV said two brothers of Monzer had carried out a suicide attack in Syria last year.

The General Security reportedly began monitoring the terrorist cell that was busted in Duroy Hotel in Beirut's Raouche area a week before raiding it.

According to As Safir, the General Security investigations proved the group had links to the Islamic State of Iraq and the Levant (ISIL).

On Wednesday afternoon, a Saudi man blew himself up at the Hotel Duroy as security forces stormed his room, killing himself and wounding several others.

Dear General Security: Any news about the KIA that blew up minister Shatah? Do you know about its color? Owner? Type of explosives? Any pre-emptive raids you carried out in Dahyeh garages where the car was rigged? Please, update the lebanese masses on your effective police work.. tfeh

These are the obvious questions we all would like to know the answer to.

These criminal terrorists are caught in large part by using cell phone data, and then arresting and interrogating suspects. That only if they are not Hezbollah members, because Hezbollah claims their cell phone records were manipulated by the joos. And everyone knows, HA members can't be arrested or interrogated, because they are all saints, even if the evidence points in there direction.

Is it ok for the ISF to arrest josh or the arrest must go through your hezb first ya sectarian terrorist?

Narrow minded is he who believes he's above others ! Just like you ... same scum. Same Jihadist extremist islamist freak who can only achieve your goals with weapons and terror.

What did Hezbollah ever achieve southern without weapons ? Are you able to answer this ?

thank you for shutting the illiterate sectarian up!

In 2005 a terorist organization blew arround 1000kg of explosives to assassinate hariri, and since 13 assassination and assassination attempts...stl (yes zionist tribunal) incriminated 5 hezbos, lebanese judiciary one hezbos (butros harb assassination atemps by martyr hezbos), michel smeha, tripoli bombings..
That's from one part..
Even hariri was pictured as takfiri/zionist/imperialist ksa they prefered hachem minkara and saiid chaaban moden sunni style...
The wented on johadist mission to syria, they are protecting assad regime knowing that the other (at least) half of the lebanese despise this regime and estimates that he made them suffer..
Hezbos brought all that shit on us, and now supporters like southern finds us all takfiri just bc we r pointing facts..
We should destroy all irhabi threat for sure, secure our borders and then take all hezbos leaders to trial..
so please southern go hv some chupachups

Legitimate Armed Forces = Golden Equation = Always Blessed.
Hijacking the Golden Equation, Stirring trouble by Kidnapping Israeli Soldiers such as in 2006, Raising Flags in Qualamoun-Syria post the invasion of the militia and the continued interference with other countries business is going to inflict pain/retaliation on the Golden Equation at times from the Air by IDF and nowadays from the ground by extremists.

Cedars,
You are talking about Hizballah interfering in other country business as the root cause for Sunni-wahhabies blowing themselves up in Beirut.
I tried to believe in your logic since I have an open-minded personality. Suddenly, my 12 years old daughter wake me up from my dangerous drift and went, "papa, but the Sunni-wahhabi attack in NY, was any Hizballah fighters in WTC? Madrid, Boston, Nigeria, China, Russia subway: I do not remember any Hizballah agents in these places.
God bless the children!

It's shameful how you attack each others when the answer is simple, ask this guy...

he claims to know all about where suicide bombers go, obviously he's sent a few himself

Find him, interrogate him, torture him, hang him.

lets do it in the opposite order...
I'm sure this guy knows abu 3adass...

Iceman and Tex are gimps for terrorists.

This terrorist should burn in hell. By the way to all the idiots from iceman and his blow up doll Kate and the lonely old man partying Tex, you cal all kiss the ground Nasrallah and all Hizbollah walks on because they have saved Lebanon.

Dear, please step out of your shell in Dearborn and think outside your little world please, bet you've never been to Lebanon either.

Look who just came from under a rock

the proof that M8ers have no brains is that they do not even find it strange that the army and police find so quickly the terrorists that target hezbis but for the terrorists that killed anti syrian lebanese people they still know nothing! their lack of reasoning is amazing! LOL

Your stupidity is shining again terrorist gimp. Go find a shade and hide.

Even when the find them they cannot be caught (5 acused by Stl, ali eid (for tripoli bombings) mahmoud haykek (now martyr...)and so on.. And even when caught as smaha some just act as nothing happened (cannot try the guy bc general mamlouk couldnot be found by the liban post guy, really???)
Go have some chupachups man..

Peace those were " controlled" assassinations. This type of terrorism only kills the intended and about 10-20 other innocent bystanders. This is acceptable. Whilst the jihadists are not controlled and as such their type of terrorism can kill more innocents apparently upto 50 Shias at a time and this is not conducive to HA ethnic cleansing policy.
Besides aoun said it himself "if you are with me I will talk to those effecting security and tell them you are halal and not to be touched". His words not mine.

And we still read these morons complain that we should should be vigilant in apprehending terrorism BUT ONLY when it targets HA. Otherwise we hand out baklava.

Notice he said LEGITIMATE armed forces, which is strictly the Army and ISF, just pointing out that little fact. You can't cheer the army yet be part of a foreign militia as well, that doesn't compute.

Have you looked in the mirror lately Southern? Enough with the double standards.

See Tex, the thing is these Iranian implants want to deviate from the fact they are also a foreign entity interfering in Lebanon. They're no better than "wahabis" which tends to be their only card they play. They'll keep on diverting like children with compulsive lying and behavioral issues. No point in trying to reason with narrow minds.

We will find you and hang you terrorist.

1- filled with hate to the gulf, yet beg on their knees to go work in their countries and leech of them
2- Blame America for the world evil, yet they beg to have its support
3- Criticize radicalism, yet their political is the same that leads their prayers and their fighters are fighting in the name of the same god of Qaeda and Da3esh
4- Claim to defend Lebanon, yet no one in Lebanon's history worked to humiliate Lebanese institutions to serve the autocratic filthy dictatorship of Syria as much as they did.
oh the list goes too long....
Da3esh = Hizballa = Qaeda = Houthi = Ashabab , A rainbow of terror groups

Hizballa has been listed as a terrorist organization for decades now. it's ideology and practice is in perfect line with those terrorist groups (I can aware you in details if you want). Its fighters are jihadists in case you don't know, and they fight in the name of their god. dude, they are called The Party Of God
you to me , are just like any naïve brainwashed Yemeni supporter of the Houthis for example.