Report: Surveillance Towers to Be Set up to Monitor Illegal Border-Crossings 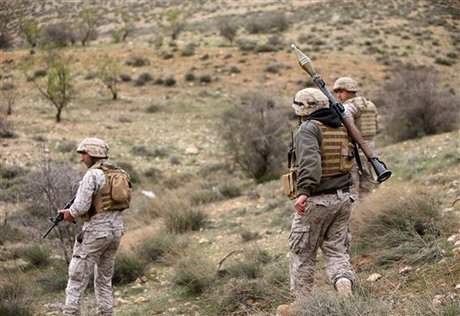 Security agencies have intensified their efforts to control Lebanon's land, air, and maritime borders given the recent bombings in the country and infiltration of terrorists, reported al-Liwaa newspaper on Saturday.

The measures include setting up modern surveillance towers to monitor the illegal land crossings.

The legal crossings will meanwhile be equipped with the necessary technology to connect them to main security databases to determine the identity of travelers to and from Lebanon.

Such a plan was initially proposed by Germany soon after United Nations Security Council resolution 1701 was issued in 2006 to resolve the 33-day July war between Hizbullah and Israel that erupted that same year.

The UK and European Union pledged to fund the plan during the Rome conference held earlier this month that was aimed at bolstering the capabilities of the army.

Lebanon has witnessed three bombings in six days carried out by suicide bombers amid reports that other terrorists and booby-trapped vehicles are present in the country.

Media reports said that the would-be terrorists are Arab nationals.

Hizbo will make us pay dearly in case he looses with time or become weaker ... he will make us pay with money and blood
instead of meddling in syria and reinforce borders, I invite u to get off syria,mind your own business and THEN close the borders..

law only apply to sunnis...

it's not about religion cedre, you're hiding behind that sectarian talk, pretending the difference in treatment is due to religion, when you certainly know it's not.
the difference is that these terrorists are attacking lebanon, while hezbollah is defending it and always has. only in your confused mind should the two be treated identically.

Finally a step in the right direction. Stop all terrorists, all illegals in both directions. We only have one Lebanon!

you are the only sane one here. Still in solitary confinement?