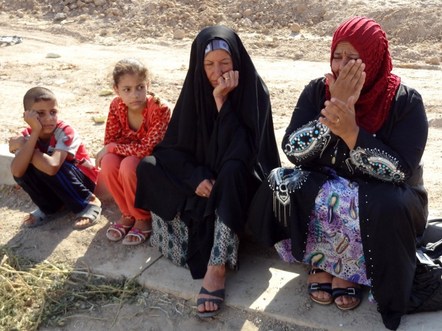 Kuwait said on Sunday it is sending urgent humanitarian aid to thousands of Iraqis who have been displaced by ongoing fighting in the neighboring Arab country.

"The council of ministers decided to send urgent humanitarian aid to Iraqis who have been displaced as a result of deteriorating security situation," the cabinet said in a statement.

The statement said the aid would be distributed through the United Nations. It did not specify the amount of aid.

Fighting is raging in Iraq following a lightning offensive this month by jihadists from the Islamic State of Iraq and the Levant and other militants that has killed more than 1,000 people and displaced tens of thousands.