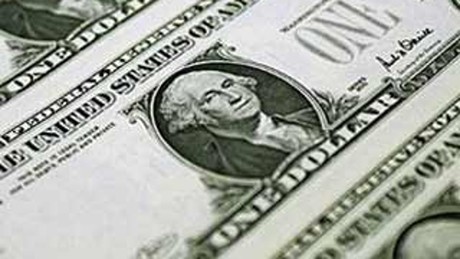 The dollar drifted lower in Asia on Monday as a string of disappointing U.S. data last week put pressure on the currency.

The greenback sank to 101.30 yen in afternoon Tokyo trade from 101.45 yen in New York Friday afternoon.

The U.S. unit briefly fell to 101.23 yen in earlier trade, its lowest since late May.

Market reaction was muted after Japanese data showed factory output rose a smaller-than-expected 0.5 percent in May from a month earlier after a 2.8 percent fall in April.

"U.S. interest rates continue to languish on the back of consistent buying of Treasurys, which is keeping the dollar down," Hiroyuki Fukunaga, chief executive at Investrust, told Dow Jones Newswires.

Dreary data on the U.S. economy prompted market players to flee to Treasurys as they sought safe investments but expectations are that the Federal Reserve will keep ultra-low interest rates well into 2015.

On Thursday U.S. consumer spending data for May showed a mere 0.2 percent increase from April, but adjusted for inflation, spending actually fell 0.1 percent.

News of the weakness in consumer spending, the main driver of the U.S. economy, came a day after the government slashed its first-quarter gross domestic product estimate to a 2.9 percent contraction.

"We expect the ECB to leave rates unchanged" at the upcoming meeting, Credit Agricole said in a note. The bank cut rates in June in a bid to fend off deflation as price rises remain minimal in the eurozone.

The dollar was mostly lower against other Asia-Pacific currencies.