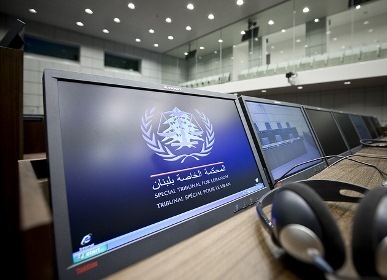 Head of the international tribunal's defense office Francois Roux assigned a Lebanese lawyer to defend the accused in the case against Akhbar Beirut S.A.L. and its editor-in-chief Ibrahim al-Amin.

Al-Akhabr newspaper reported on Tuesday that Lebanese lawyer Antonios F. Abou Kasm will defend the journalist and the media organization, which are charged with contempt for knowingly and willfully interfering with the administration of justice.

Al-Amin withdrew on May 29 from the initial appearance in the contempt case filed against him by the Special Tribunal for Lebanon.

The journalist, who chose to represent himself, criticized STL Contempt Judge Nicola Lettieri for interrupting him, saying that it is a sign of the “oppression” practiced by the tribunal.

Lettieri said he will interpret Amin's stance as a plea of not guilty.

Amin repeated before the STL that he does not recognize it, saying that he cannot trust a U.N. Security Council that disregards the injustice taking place in Palestine.

Lettieri ordered the appointment of a defense lawyer to Amin despite Roux's objection.

Akhbar Beirut S.A.L. and Amin are charged with “knowingly and willfully interfering with the administration of justice by publishing information on purported confidential witnesses in the Ayyash et al. Case.”

An initial hearing for the two journalists and their media organizations was held on May 13 at the STL headquarters in The Hague.