Plumbly: Tripoli Security Plan should be Coupled with Reconciliation, Development 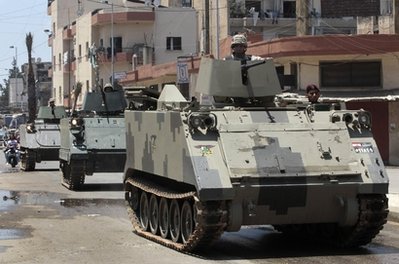 U.N. Special Coordinator for Lebanon Derek Plumbly has called for reconciliation and the implementation of development projects in the northern city of Tripoli.

In remarks to As Safir daily published on Thursday, Plumbly said the security plan implemented in the city should be coupled with tangible projects that lead to reconciliation and long-term development.

The diplomat, who visited Tripoli a few days ago, said “the sustainability of the security plan is essential.”

“It is clear that it has a wide political support,” he said.

The plan was implemented earlier this year after several rounds of fighting between the impoverished neighborhoods of Bab al-Tabbaneh and Jabal Mohsen left scores of people dead and injured.

The clashes were a direct spillover of the Syrian war on Lebanon.

Plumbly walked in the neighborhoods for the first time, lauding the efforts exerted to remove the traces of the fighting from the buildings in the two areas, said As Safir.

The residential buildings in the district have bullet-riddled facades, the results of years of fighting between the Sunni fighters of Bab al-Tabbaneh and gunmen from Alawite Jabal Mohsen.

Asked whether he feared that the fighting would resume, the U.N. diplomat stressed the importance of the end of clashes in April.

“This is not a small achievement. But the preservation of calm won't be easy,” he said.

“Some sensitive issues remain and they can't be solved overnight,” Plumbly added.