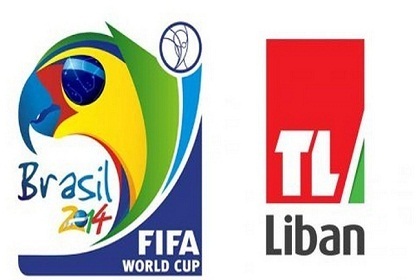 Lebanese judicial authorities on Friday dismissed a lawsuit filed by the beIN Sports TV network against state broadcaster Tele Liban over its airing of the 2014 FIFA World Cup.

“Judge of Urgent Matters Zalfa al-Hassan has ruled on the lawsuit filed by the beIN Sports firm against Tele Liban over its broadcast of the World Cup matches, dismissing the case for lack of jurisdiction,” state-run National News Agency reported.

TL started its broadcast of the World Cup on June 16, although a deal reached between the government and SAMA, beIN Sports' sole agent in Lebanon, did not involve granting TL the rights to air the tournament.

On that same day, Telecommunications Minister Butros Harb had announced that the Lebanese would be able to watch the Brazil-hosted FIFA World Cup, which had already kicked off a week earlier, without paying any additional fees.

TL director Talal Maqdessi said Monday that the state broadcaster “will defend its rights and the rights of Lebanese citizens.”

Maqdessi said a decision was issued in Europe in 2012 saying World Cup matches should not be given exclusive broadcasting rights.

“This is not piracy. Those who had usurped the Lebanese people's right to watch the World Cup are the ones practicing piracy,” Maqdessi had said earlier in June.

According to MP Simon Abi Ramia, head of the youth and sports parliamentary committee, local cable providers “only cover 15% of the total number of TV viewers in Lebanon.”

we dont want to watch your stinky israeli TV, but i can understand you'd want us to, more viewers=more ad revenues for you.

and anyway, we're managing very well on our own, so thanks for your concern but buzz off you israeli publicist