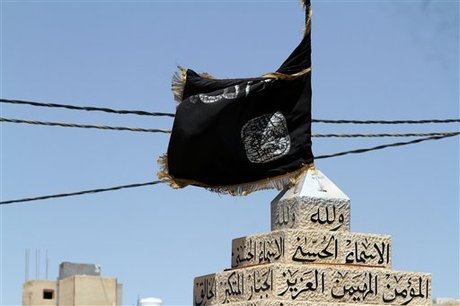 An Iranian pilot has been killed while fighting against Sunni jihadists in Iraq, state media reported Saturday, in what is thought to be Tehran's first such military casualty.

Iran's official IRNA news agency did not say whether the pilot died while flying sorties or fighting on the ground.

His death comes after Iranian declarations that it will provide its western neighbor with whatever needed to counter the Sunni militants who are laying siege to the Shiite-led government of Prime Minister Nuri al-Maliki.

Samarra is a major flashpoint in the fighting and is home to the Shiite Al-Askari shrine which was bombed by al-Qaida in February 2006, sparking a bloody Sunni-Shiite sectarian war that killed tens of thousands of people.

The reports of the pilot's death came as Iranian officials insist their assistance is not in the form of troops, but rather of weapons and equipment if Iraq asks for them.

The militants' advances and their boasts of animosity toward Shiism -- a branch of Islam overwhelmingly practiced in Iran -- have raised alarm in Tehran.

Government and military officials are yet to comment on the report of the pilot killed in Iraq.

But the Fars news agency appeared to confirm the IRNA report, publishing photos of a funeral service for the pilot on Friday in his home province of Fars, in southern Iran.

Fars did not give any details, but hinted that Alamdari Mourjani was a member of Iran's Revolutionary Guard, whose elite Quds Force is believed to be on the ground and assisting Iraqi forces, despite Tehran's denials.

Earlier in the week, the Iraqi defense ministry said it had taken delivery of five Sukhoi Su-25 warplanes and released video footage of them being unloaded from a cargo plane.

The London-based International Institute for Strategic Studies said the jets came from Iran.

It is also fighting another ally of Iran, the regime of President Bashar Assad in Syria.

Iran has provided both financial and military support to Damascus, although it has repeatedly denied rebel claims that it has sent combat troops to Syria.