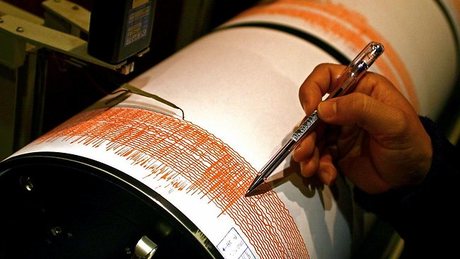 An earthquake rattled the region northeast of the southern city of Sidon late on Saturday, reported LBCI television.

The 4.1-magnitude quake was also felt in Beirut and nearby areas.

The National Geophysical Center for Research stated that the epicenter of the tremor lies eight kilometers northeast of Sidon.

Six aftershocks have since been reported, said LBCI.

An Nahar added that the quake was felt in the Iqlim al-Kharroum, al-Chouf, Jezzine, and Sidon regions.

Some houses in the areas suffered minor cracks from the quake, forcing their fearful residents to spend the night in their vehicles, reported Voice of Lebanon radio (93.3) Sunday.

The last earthquake to hit Lebanon took place on May 25, measuring 4.2 on the Richter scale.

According to the National Geophysical Center for Research, over 600 earthquakes with magnitudes below 3 degrees strike Lebanon each year.

More than 20 earthquakes were reported between the regions of Bikfaya and Aley on March 15, 2012.

In 1956, a 6 degrees on the Richter scale earthquake struck Lebanon, killing 136 people and destroying 6,000 houses.

It's the same retard

Are you a retard Josh?