SNC: Hizbullah Trading with Refugees' Organs to Fund its War 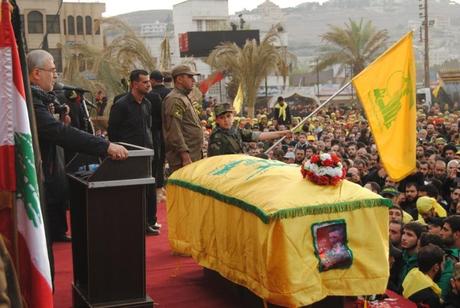 The opposition Syrian National Council has accused Hizbullah of “trading with the organs” of Syrian refugees to cope with the “financial hardship” the party is going through due its war efforts in the neighboring country.

The party “has devised an emergency plan aimed at reining in its financial deficit which is growing day after day,” the SNC said in a “security report” published by CNN Arabic on Sunday.

“The main reason (of the deficit) is the financing of the militias that are aiding the regime in Syria,” the SNC added.

The Council, the biggest bloc in Syria's opposition-in-exile, had quit the umbrella National Coalition on January 20 in protest at the latter's participation in the Geneva peace talks with the regime. However, it rejoined the coalition in February after the collapse of the negotiations.

According to the report, which the SNC said was prepared in collaboration with friendly security sources inside Syria, the cost of Hizbullah's operations “is consuming 35% to 40% of the party's total budget, which has put it under an enormous financial pressure, not to mention the difficult Iranian economic situation that has reflected negatively on Tehran's financial aid to the party.”

It also accused the party of sending envoys to “Shiite expats in West Africa and South America to raise donations” and organizing “a broad advertising campaign to raise donations in Iran,” noting that “high-ranking and influential Shiite scholars” are running the so-called campaigns.

“The party's extreme financial deficit has even prompted it to engage in a very covert manner in organ trade, especially livers and kidneys,” the SNC claimed, saying Hizbullah is “exploiting the destitution of Syrian refugees in Lebanon and deceiving them into selling their organs for $5,000 per organ, after which each would be sold for $90,000 in the global market.”

Organ trade is the trade involving inner human organs (heart, liver, kidneys, etc.) for organ transplantation. There is a worldwide shortage of organs available for transplantation, yet commercial trade in human organs is illegal in all countries except Iran.

Contacted by CNN Arabic, Hizbullah public relations officer Ibrahim al-Moussawi declined to comment on the SNC's allegations, saying the party “has no interest in giving comments to foreign media outlets that would eventually write whatever they see appropriate.”

“Should there be anything official, the party will issue a statement,” Moussawi pointed out.

Hizbullah's fighters openly entered the fight in Syria in May 2013 and were instrumental in helping President Bashar Assad's troops push back rebels and re-capture strategic towns and rebel strongholds along the border with Lebanon and near Syria's capital.

The party argues that its intervention in the neighboring country was necessary to fend off the threat of extremist groups and prevent the fall of Syria into the hands of Israel and the West.

Teaching cartels in Mexico how to build tunnels under the Mexico/USA border...

They are quite notorious in Montreal, Canada (where they have a strong network)for all their crimes...

who else but the sectarian flamethrower who comes to the defense of HA and its illegal activities!!

Chou FT ? It's difficult waking up to the realities of Hezbollah !

They also fabricate terrorist organisations and threats to fuel the "alarmism" that turns the likes of you into brainwashed sheep !

It's hard waking up from your dream and realise that Hassan is no Che-Guevara and that he's at least as filthy if not more than the Saudis you attack.

You are "ON DENIAL". Like Aoun... if you want, I can recommend shrinks who will guide you through your reinsertion into reality. It's on me !

hello doctor; are you the one performing these organ transplants in your spare time and in-between posts?

Do you people now understand why the Lebanese Christians fought and even killed each other for? Bravo. None of you deserve to breath the air in Lebanon, not alone call yourselves Lebanese.

and more than anything, Hizbullah men lack real human hearts and compassion

Funny how FT can believe everything negative about the rebels but not against the Hizb. I think this is as much an invented story as the organ eating rebels! (yes FT - one guy did it. He was disowned and condemned by FSA.)

Hizballah going down the toilet....the truth always comes out and all u supporters of them are so brainwashed and believe everything they tell you and defend them but the reality is if you walk down the street they wouldnt even care if you lived or not....I hope these baby killers burn in hell and allah yir7am all the innocent lives lost in their terrorisn

only an organ trader would know this information. Hence, the article is true!

Hey bustani,
Since you are in the heart and liver eating camp, I understand how upsetting to say it trading away from you.

We wait impatiently for the 7alesh vs. Da3esh war.

lol what a load of bollocks from the SNC, only their brainless groupies here will believe it