Lebanese, 22, Dies after Joining IS Ranks in Iraq 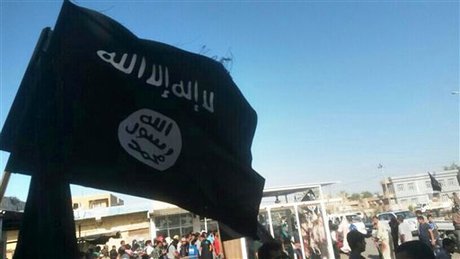 A 22-year-old Lebanese is the first to allegedly carry out a suicide attack in Iraq since the Islamic State's declaration, al-Akhbar newspaper reported.

The daily said that the family of Moustafa Abdul Hay, who hails from al-Mankoubin area in the northern city of Tripoli, was informed that he died after carrying out a suicide attack in the Iraqi capital Baghdad.

Abdul Hay, who was identified as the Lebanese Abou Hafas, blew himself up near a al-Washwash area in central Baghdad.

The young man had reportedly headed from Tripoli two years ago to join the ranks of Ahrar al-Sham in Syria, then returned to Lebanon to only pledge allegiance to the Islamic State of Iraq and the Levant.

Iraqi forces have largely regrouped after the debacle that saw soldiers abandon their positions and, in some cases, even weapons and uniforms as IS-led militants conquered second city Mosul and advanced to within about 80 kilometers (50 miles) of Baghdad.

'Mankoubin area' look where he is living and translate it before jumping on fast and conclusions ya ultrahabil! its ok give people a chance some are just unlucky and its better if we dont label one another and build a country instead maheik?!

Go to hell you stupid degenerate

when HA goes to fight in Syria and Iraq it is ok for its supporters yes? Anyone who goes to fight outside lebanon should be condemned. Your sectarian double standards are laughable.

I am sure he will be joined there by the Hizbis who are enabling the child-butcher.

ouch blablabla, that's quite a spanking you gave him here ;)

rot in hell, the deceased family too. bunch of scum bag terrorists

Mustaqbal prompted HA to intervene in Syria? LOL what a retard seriously! Your extremist hizb received orders from Iran haboub as their paymasters ordered them to do. Your propaganda is not working is it now? HA was in Syria from day one and long before any lebanese ventured over there.

The culture of hate and stupidity strikes again. I wonder if they have a special place in hell for a cannibal like that.

Another lost soul wheather shia sunni or whatever, That is not right and no wajib moqaddas. In killing fellow citizens. Wheather what the shi3a or Isis or hizbola are doing is extreme and very wrong. I call on thr wise brains to lead and hot ones to cool, life is not there to supress it. Our lifes are only to be lived.

I hope this sends a message for other youths, who will risk their own life for ANY and I me an Any affiliation that has to do with terror towards another human being. I am sure this kids parents did not want him to join up in Iraq and commit such crimes and Die in the process. But how do you stop a young man with little self esteem and convince him that this is not a good life to live. Shame on any organisation who puts horrible ideas in the minds of young men only to waste their own live's as well as others.

so instead of joining them in the common goal, they fight them in the back? sounds logical, if they are israeli tools.

Please send your relatives to take your place.