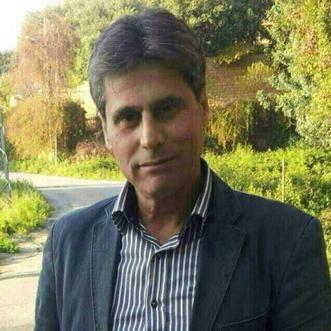 A physician gruesomely murdered Wednesday inside his house was killed at the hands of his own son, the Internal Security Forces announced on Thursday.

The ISF said it managed to arrest the 24-year-old culprit in the Beirut suburb of Hadath only hours after he committed his crime.

“During interrogation, he confessed to murdering his father over disputes,” the ISF added, noting that the son has “psychiatric and neurological problems.”

On Wednesday, the corpse of Dr. Hasan Abdul Hadi al-Sayyed Suleiman Hashem, a 54-year-old general practitioner, was found in his house in the Beirut southern suburb of al-Kafaat, state-run National News Agency reported.

The body was burned and suffering six stab wounds to the neck and chest, NNA said.

“His house was torched after he was stabbed, in a bid to hide the traces of the crime,” MTV reported.

It is hard to believe a son could murder his own father no matter what the reason is.........

lol you can really speak jerry, never saw you posting anything related to articles, only disruptions and personal attacks.

Ho2333 read the article very well, suffering from psychiatric issues from fighting in Syria for Sayyed which happen to be in his name too..

joshbustani Just returned from a mental hospital so take it easy on him.

Are you a retard Josh?