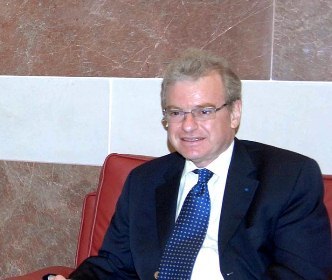 French Ambassador Patrice Paoli expressed concern over the presidential vacuum in Lebanon, saying the Lebanese should find common ground on resolving their problems.

In remarks to several newspapers on the occasion of France's National Day, Paoli said the formation of Prime Minister Tammam Salam's cabinet earlier this year and the implementation of security plans in unstable areas across the country were not enough to resolve Lebanon's crises.

“This is just the start,” he said, calling for “finding a common ground among the Lebanese.”

“We had hoped that the resumption of the institutional work would lead to the election of a president,” said the diplomat.

“Our message today is that the election of a head of state is necessary to guarantee the work of (state) institutions. The Lebanese should not get used to not having a president,” Paoli added.

He reiterated that Paris had no favorite candidate nor had a veto on anyone.

“It is illusory to think that Lebanon’s institutions can function properly without a president,” he stressed.

Lebanon plunged in a vacuum on May 25 after President Michel Suleiman's six-year term ended amid a failure by rival lawmakers to elect a successor over their dispute on a compromise candidate.

Several electoral rounds have been adjourned over lack of quorum caused by the boycott of various parliamentary blocs.

While Paoli did not deny that external factors affect stability in Lebanon, he said the Lebanese are capable of taking matters in their hands the same way they formed a “made in Lebanon government.”

“No one will object to them if they practice their sovereignty and independence” by electing a head of state, he said.

He expressed readiness to contribute to the success of the elections through dialogue and stressed: “We are not here to replace the Lebanese.”

It seems that Lebanese politicians are proud to be patronised by foreign powers. In this case accept to become a colony of one of these foreign powers .....