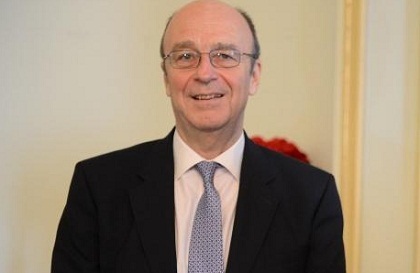 United Nations Special Coordinator for Lebanon Derek Plumbly described on Wednesday the situation along the southern Lebanese border as “dangerous,” stressing that all sides must exercise self-restraint.

“The recent developments are a serious source of concern, especially after rockets (hit Israel) for four consecutive days,” Plumbly said in an interview with An Nahar newspaper.

However, he expressed fear over any escalatory move.

The U.N. diplomat believed that it is in Hizbullah and Israel's best interest to maintain the eight-year peace along the Blue Line.

He considered the launching of rockets from South Lebanon a “clear violation” of U.N. Security Council resolution 1701, revealing that investigations are ongoing.

Plumbly hailed coordination between the United Nations Interim Force in Lebanon and the Lebanese Armed Forces.

These security developments in the South come as an Israeli assault on the Gaza Strip has entered its tenth day, killing at least 194 people and wounding over 1,500 others.

Concerning the Syrian refugees crisis, Plumbly lauded the efforts exerted by Lebanon to confront the burden imposed by the surging number of displaced Syrians.

“The international community should share this burden,” the U.N. diplomat said, warning of further security, social and economic threats.

Asked about a possible Lebanese decision to establish camps for Syrian refugees outside Lebanese territories or in buffer zones along the border with Syria, Plumbly said: “such an action requires a decision by the cabinet.”

“The matter compromises the safety of refugees if such a move was taken.”

On the presidential deadlock, Plumbly said that the U.N. Security Council and the international community support Lebanon's stability and the unity of its land.

“State institutions shouldn't be impeded and the vacancy should be filled without any further delay.”

He called on the “Lebanese not to wait for any breakthroughs in the region to resolve their own problems.”