Army Detains Suspect Linked to Abduction of Palestinian in Baalbek 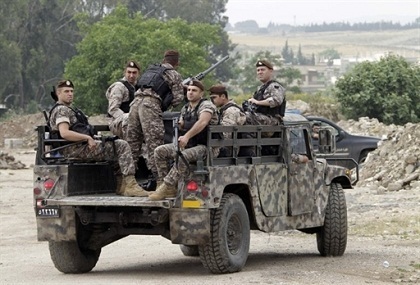 The Lebanese army apprehended on Thursday a man over the abduction of a Palestinian national in the town Khreibe in the eastern city of Baalbek.

An army unit raided the town of Brital and detained a man identified as Aa. Q. T. on the suspicion of being linked to the abduction of Palestinian Mohammed Jaber, the state-run National News Agency reported.

Jaber was kidnapped on Tuesday in the Qob Elias town while he was inspecting a land in the town of Khreibe.

Speculations indicated that the abductors wanted to demand a ransom in exchange for Jaber's freedom.

Brital again in the news when it comes to abductions, drugs, and illegal activities.

welcome to Brital the land of lala

town of Khreibe? Baalbeck? abductions? Kidnapped? shia.... I simply refuse to believe it.