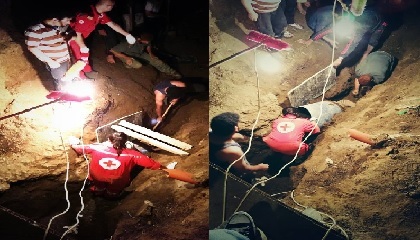 A Syrian was killed and three others injured after a wall tumbled on them in Kfar Zebian in Kesrouan, the state-run National news Agency.

According to NNA, the Syrian laborers were working on Thursday night at a construction site when the wall crumbled.

Ambulances rushed to the scene and transferred them to nearby hospitals.

not necessarily the owner but the contractor doing the works. But we should really blame the municipalities that should enforce security code for construction.