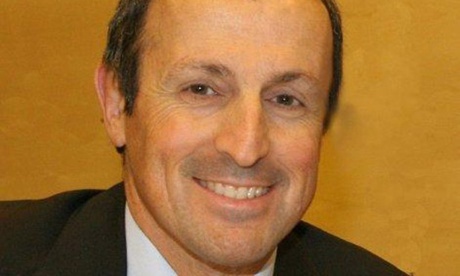 The Lebanese expat community in Sydney has played a role in forcing a top state government official to resign after he made controversial public comments in support of Israel's deadly assault on the Gaza Strip.

“The Lebanese and Arab expat communities in Sydney have managed to push Vic Alhadeff, a high-ranking government official, to resign, after he voiced support for Israel,” Lebanon's National News Agency reported.

Alhadeff, the chair of the New South Wales Community Relations Commission (CRC), had sent an email defending Israel's military offensive in Gaza, which has so far killed around 1,065 Palestinians and wounded at least 6,000 others.

The email sparked calls from Muslim and Arab groups that he be sacked, according to Guardian Australia.

Mike Baird, the premier of the New South Wales state, resisted those calls, leaving Alhadeff to decide whether he should step down.

"It is with considerable regret that I have decided to resign from my position as chair of the NSW Community Relations Commission," Alhadeff said in a statement on Sunday.

"I have chosen to do so in the interests of the CRC and its important work in fostering social harmony within our society."

The email, which was sent in Alhadeff's capacity as CEO of the NSW Jewish Board of Deputies, claimed Israel was operating with "care to avoid civilian casualties."

"Israel has made it clear that it is not interested in further escalation, but will do whatever is needed to defend its citizens," Alhadeff said in the email.

The email also included a "frequently asked questions" fact sheet from Israel's Ministry of Foreign Affairs about its offensive in Gaza.

Alhadeff now concedes the email "issued under my name inadvertently caused offense to some."

"This is greatly regretted," he said. "While this was unintended, and despite the backing of numerous community leaders who acknowledged my record of goodwill, the reaction from some has become a distraction to the work of the CRC and the role of the chair."

That started with a Ramadan event hosted by Baird last week, which was shunned by groups including the Lebanese Muslim Association and the Australian Arabic Council.

In a joint statement to the NSW citizenship minister, Victor Dominello, representatives from a number of Arabic community groups said they had “grave concerns” and did not believe Alhadeff “is capable of exercising sound judgment on community relations.”

“We call on you as the minister responsible for his appointment to ask for Mr. Alhadeff’s resignation and to replace him with someone who is willing to set his or her own views to one side, so far as public statements are concerned, to ensure that the CRC and its role remain acceptable to the whole NSW community,” they said.

Writing in Guardian Australia, the former Victorian multicultural affairs commissioner Joseph Wakim said: "What message does his statement send to half a million Australian citizens of Arab ancestry, many with relatives cowering under beds in Gaza?"

What happened in Australia reflects good governance. An official made a statement offending certain people. These people protested and called for a boycott. That official, seeing a negative impact on the work of his department, resigned. One may disagree with his first action, it is difficult to disagree with the reaction of the Lebanese and Arab community and one must laud the resignation.

as always the arabs makes the most noise and are appeased out of fear....

It's fine if Arabs protested, but it shouldn't be of any concern to the Lebanese. And who cares what he said, that is free speech. He didn't make any disparaging remarks, that's a violation of what would be his First Amendment rights in America (I guess they don't have any in Australia). "Oh this guy doesn't support Palestinians, he should resign." Really? Is that how these people still think?

If what they're doing in Gaza is inhuman, why don't you guys shoot rockets at Israel? Oh that's right, you're helping a mass murderer who uses chemical weapons on his own people. "That was the terrorists" you say. No, it wasn't. Rebels don't have the access to chemical weapons, nor would they know how to use them. So shut the hell up with your inhuman aggression over Gaza.

What about your above post? I answered it. See here you are deviating again. I stated a fact, that Assad is killing his own people with the assistance of your sectarian militia. And then you see come on you idiot Zionist. You're stupid Southern, you need to go to school. You need to take English Composition and learn the basics of arguing. Do that for me, please.

Hey sectarian, is it Monday or Tuesday you're celebrating Eid? Just wondering.

Southern, speaking of "sectarian hates", isn't Hezbollah fighting in a war to fight the takfiri? It isn't the Lebanese Christians spewing their sectarian hates in other countries you ignorant Al-Manar mouthpiece. And yes when you don't respond to direct questions (like in the article about the US blacklisting Hezbollah), it means I did humiliate you. You're just a radical who defends a radical sectarian militias, and you deny it by calling other people sectarians.

What is that supposed to mean? He doesn't defend the Israeli enemy, as Lebanon is "in a state of war" with them as all of you say. All he said was that we should focus on the presidency and nothing else.

He was fired because he says the truth ? Chi bi arref wlo.....

aussies need to wake up and start reading middle eastern news...
or maybe one day aussies will be the ones fleeing australia like others have been forced to flee the middle east.

sad and disheartening, that such a distinguished leader had to leave his post, by stating the facts. This makes me question Australian Democracy and especially the political culture in NSW. Interestingly enough, that it was mainly expat communities that were offended, i.e. they are here temporarily on job postings, they are not even real Australians. I wouldn't be surprised if Mr Alhadeff received much more than calls for resignation... This Resignation should be the BIGGEST concern to the Australian Community, as anyone who doesn't support Israel is effectively supporting Hamas (i.e. Terrorist Organisation), therefore here we are more concerned with upsetting our sensitive Hamas Supporters instead of Condemning Terrorism and aligning Australian Media to start reporting the truth and not merely a pro-Palestinian Propaganda. I hope that Mr Alhadeff will be replaced with an equally if not more outspoken leader, who wouldn't be pushed to resign so easily.

Ok the guy was an angel. Oh, he was full of good intention. But you see, he just thought, or believed that Israelis are being careful so no harm happens to the civilians. Well, if being careful caused a 1000 citizen killed I wonder what would be the damage if the Israeli army wasn't careful. Now he resigned that is good for him and everyone else. At least he was brave enough to do so. In our neck of the woods, we never resign regardless how many mistakes we make.
As for the reader who switched the channel and started talking about the Syrian regime, all is good but one thing: if Assad is gone are we looking for a better off situation? would we like to see fundamentalists in power? Do we need ISIS and other brutal factions as a replacement? I wonder about some of us who still talks as if it's really the People vs. the regime. Wake up… it started like that for a few weeks, then it was hell on everyone… and still is.