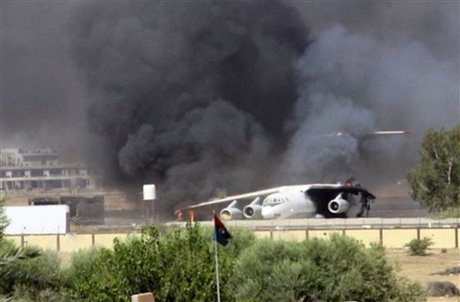 "The situation is very dangerous after a second fire broke out at another petroleum depot," the government said, warning of a "disaster with unforeseeable consequences".

The blaze erupted on Sunday night when a rocket struck a tank containing more than six million liters (1.6 million gallons) of fuel.

The depots are located on the road to Tripoli's international airport, which rival militias have been fiercely fighting for since July 13.

They contain more than 90 million liters of fuel, according to the National Oil Company.

Firefighters have been battling to extinguish the blaze with limited resources since Sunday night, but ongoing clashes have repeatedly forced them to flee the area.

In its statement, the government issued yet another appeal to the combatants to "cease fire immediately".

But rockets were still being fired into the area at around midday on Monday, an Agence France Presse photographer at the site reported.

Psalm 9-16: "The LORD is known by his acts of justice; the wicked are ensnared by the work of their hands."