Abou Ahmed Jomaa... The Man Who Sparked the Arsal Clashes 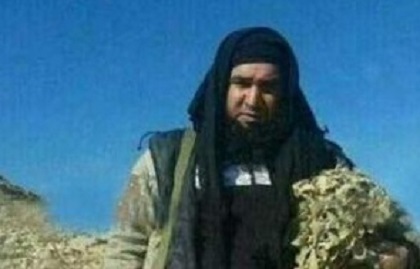 Abou Ahmed Jomaa, the men who fueled Saturday's clashes in the Bekaa town of Arsal, hails form the Syrian border town of Qusayr and has confessed upon his arrest to belonging to the al-Qaida-inspired al-Nusra Front.

Jomaa was detained at an army checkpoint on Saturday, and he was referred to relevant authorities for further investigation.

The terrorist suspect is known to be a prominent figure of armed Islamic organizations, and he led the Fajr al-Islam brigade that fought in al-Qusayr in later in Syria's Qalamoun.

According to a Syrian activist who resides in Arsal, Jomaa worked closely with al-Nusra and other small military groups of the Syrian opposition, particularly in the Qusayr battles.

Jomaa frequently traveled inside the Bekaa region and its plains where he provided support for gunmen in the area, the same source said.

He recently pledged allegiance to the Islamic State and its leader Abu Bakr al-Baghdadi in a videotaped message.

Syrian activists revealed that Jomaa had recently developed a thermal rocket that is used against warplanes.

His invention targeted a plane near the Kowayres military airport in Syria's Aleppo, the sources added.

Jomaa's arrest on Saturday sparked heavy clashes between the army and Syrian gunmen in Arsal, leading to the death of at least four people including two soldiers.

Plz note that only a few of them do. No one really cares about what they say and whom they support

This the result of hezbCocaine involvement in Syria, what is happening is a natural reaction to the involvement of Hezbcocaine in the murder of people especially in the Qalamoun.

Hang Jumaa and any of his supporters that the LAF capture..... These are animals not humans. However, HA must turn in its arms to the LAF sooner or later or they must be next in line.

Lets all thanks HizbIran for inviting them to Lebanon.
Like we all knew, HizbIran liberated and controls nothing.
Sunni and Christian soldiers will now die to help Iran and Bashar...

why dont u get yourself a life and try to get a wife and kids ?
Too ugly and stupid ?
Why are u always talking about rape ? Did somebody from ur family do something bad to u when u were a kid ? Or was it during the time u spent in jail ?

wrong, both take orders from Tehran...

u're the one using the term 'salafi' in all ur sentences.

Smallah - the guy is a rocket scientist...

No they re not the same. HA is protecting leb while ISIS is destroying it. See the proof here and everyday, HA and ISF fighting the same enemy.

But you re so brainwashed you dont want to see it. Just go back to bed man.

Gang raped? You are one sick man, flamethrower.

typically khomeynist manners, is this what ur baba learnt u hussein/wolf ?

looks like a wild saudi ape to me.
waterboards up, for the next ten years.. then hang him