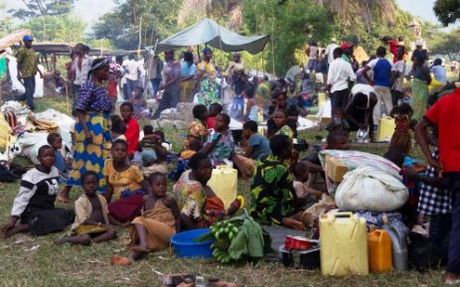 Tens of thousands of Angolans living in the Democratic Republic of Congo were set to return home, for some after more than 50 years in exile, the U.N. refugee agency said Tuesday.

A first group of 500 people left Kinshasa by train during the day and would stay overnight at a transit center in Kimpese in the southeast on the way to the border, Celine Schmitt, spokeswoman for the U.N. High Commissioner for Refugees (UNHCR), told Agence France Presse.

"The rest of the journey will take place by bus," she said.

About 29,000 people are concerned in this last major voluntary program to take Angolans back to their homeland, following 76,000 others who have returned since 2003 under the joint oversight of both governments and the UNHCR.

A handover ceremony is due to be held on Wednesday on both sides of the border, officials said. When the first batch of former refugees arrives in Angola, transport will be provided to take people to their different home provinces.

The first Angolans who sought new lives in the DR Congo were fleeing conflict and brutality by Portuguese forces after an independence struggle erupted in 1962. In April 1974, soldiers in Portugal overthrew a dictatorship and a newly installed regime pledged swift independence for African colonies.

But once oil-rich Angola became independent in November 1975, the country was ravaged by a civil war among rival armed movements for 27 years. The conflict displaced hundreds of thousands of people and many fled abroad.

Schmitt said that "12,000 have already obtained their residence permit and the 6,000 others will soon get them."

The latest repatriation effort could take until 2016, under a tripartite agreement signed late in July in the Angolan capital Luanda by the U.N. agency and representatives of both governments. Previous large operations occurred in 2003, 2007 and 2011-2012.