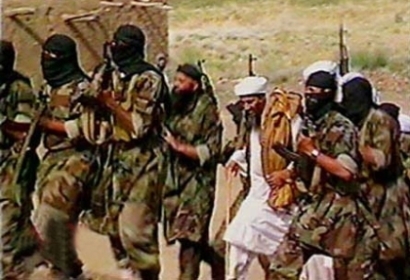 Iranian security forces have arrested five al-Qaida members who were trying to smuggle explosives and weapons into the Islamic republic, a provincial police commander said on Tuesday.

"Five people of the terrorist al-Qaida group have been arrested in (the southern) Kerman province," Brigadier General Hossein Chenarian, the provincial commander, was quoted as saying by the official IRNA news agency.

"These people were attempting to smuggle large quantities of weapons, ammunition and explosives into the country ... and carry out sabotage acts" inside Iran, he said.

The commander said the five unidentified men -- two of whom are not Iranian citizens -- had been "arrested in the past two weeks," adding that their case was forwarded to the intelligence ministry, IRNA reported.

Several senior al-Qaida leaders reportedly fled to Iran when the U.S. military invaded Afghanistan after the September 11, 2001 attacks on the United States.

But Tehran denies harboring al-Qaida members, and has announced the arrest of at least nine people linked to the terrorist group since December 2010.

The Iranian regime as usual full of Sh** ... They and Al Qaeda are two faces of the same coin of terror, as a matter of fact they are the prime employer of the sub contractor Al Qaeda along with their other zombies like Hezb Ebola, Hamas (in Gaza), Sadr Brigades (in Iraq), Al Houtis (in Yemen), Al Wifaq (in Bahrein) .... which they have used intensively against the allied forces and the free world countries themsleves and their allies the moderate Arab countries in the ME. One more futile attempt by the Iranian regime in easing the pressure off it by sacrifycing its zombies (provided of course the whole thing is not actually one of the billions of lies that the Iranian regime has come up with so far)...