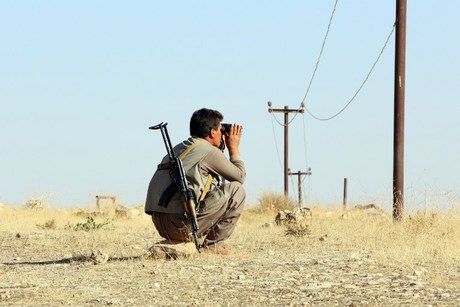 Berlin is preparing to send around 40 soldiers to northern Iraq to train Kurdish fighters battling against militants from the Islamic State, the German army said on Saturday.

Additional teams will be "temporarily" deployed to Iraqi Kurdistan, with up to 30 Kurdish soldiers traveling to Germany in exchange, it said.

The first batch of German weapons, which includes "anti-tank rockets and machine guns," will arrive in northern Iraq on September 24 and will be followed "quickly" by the military trainers, according to a defense ministry spokesman.

German Chancellor Angela Merkel said earlier this month that an estimated 400 German nationals had traveled to Iraq and Syria to fight on the side of the jihadists, who were threatening the stability of the entire region.

"We must fear these fighters could return one day" and mount attacks in European cities, she told parliament on September 1.

"The enormous suffering of many people cries to the heavens and our own security interests are threatened," she said.