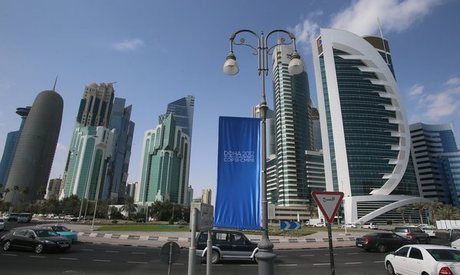 A media rights group on Thursday urged Qatar to revoke sections of a new cybercrime law, saying they threaten freedom of expression in the Gulf state.

The Committee to Protect Journalists (CPJ) warned that the broad language of the new Anti-Cybercrime Law, which was passed this week, could be used to restrict press freedoms and jail journalists.

"This law is ostensibly to stop cybercrime but at least two articles will severely restrict freedom of expression, which is not a crime," said Sherif Mansour, CPJ Middle East and North Africa Coordinator, in a statement.

"The Qatari authorities should repeal all articles in this law which curb press freedom. Failure to do so will chill public discourse between the Qatari government and the citizens it serves," he added.

Article Six stipulates up to three years' imprisonment and a fine of 500,000 ($137,300, 106,600 euros) riyals for setting up or managing a website that spreads "false news aimed at jeopardising state security".

The U.S.-based CPJ pointed to Article 8 of the law which stipulates a jail term of up to three years and a fine of 100,000 rials ($27,500) for any "violation of social values, or publishing news, pictures, audio or video recordings that are related to individuals' private life and family, even if true".

The article stipulates the same punishment for libel online, according to the text of the law published in Al-Raya daily.

The CPJ said it urged Qatar in May last year to reconsider the law after it was approved by the cabinet, adding that it received a response from the government maintaining that the bill "did not include limitations on freedom of the press".