Qatar Will Put on 'One of Best World Cups' 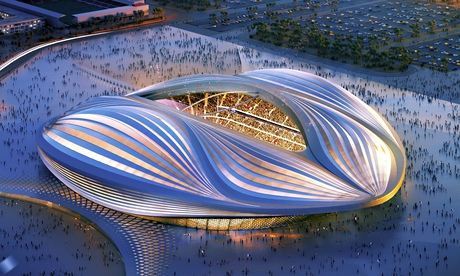 The Emir of Qatar, Sheikh Tamim bin Hamad al-Thani, on Thursday said the Gulf state will put on one of the finest World Cups in history when it hosts the tournament in 2022.

Qatar and football's world governing body FIFA are coming under increasing pressure to take the 2022 showpiece away from a country that has little sporting infrastructure or footballing culture, while there have been accusations of bribery in the bidding process.

Europe's top leagues are also firmly against any suggestion that the World Cup be moved to the winter to avoid the sweltering summer months in Qatar, while there have been allegations of horrific working conditions for migrant workers building stadiums and infrastructure.

"People should understand that Qatar had the best bid, and Qatar will provide and will do one of the best World Cups in history," the sheikh told CNN in what it billed as his first-ever interview as emir of Qatar, adding: "And I'm sure about that.

He said that Qatar was ready to host either a winter or summer World Cup in 2022.

To protect players from the heat of Qatar's fierce summer, the country is developing complex air conditioning systems for its stadiums.

"We have this technology for 10 years now and it's working in... one of our stadiums," he told CNN.

"One hundred percent it will be working" for the World Cup, he added.

The International Trade Union Confederation warned in June that as many as 4,000 migrant workers could die in construction site accidents by the time the 2022 tournament kicks off.

"Yes, it's true -- we had problems," the emir said. "We're solving the problems. We're enforcing the laws -- it's not acceptable.

"We changed the laws. They are enforced and there are many laws that have been changed. And I'm telling you because I am personally hurt about the situation."