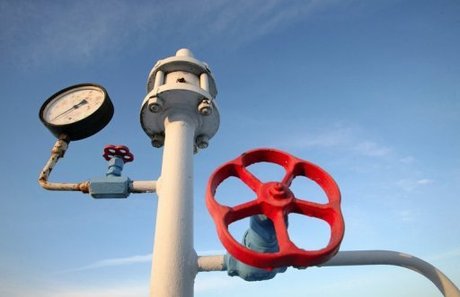 A multi-billion dollar plan to funnel Russian natural gas to South Korea via its North Korean neighbor may be just a pipe dream despite major potential economic and political benefits, experts say.

But tensions between the Korean rivals, heightened since two deadly border incidents last year which the South blames on the North, could yet derail the scheme.

The pipeline returned to the headlines last month when the North's leader Kim Jong-Il reportedly gave it his backing during a summit in Russia with President Dmitry Medvedev.

South Korea's President Lee Myung-Bak on Thursday also endorsed the idea, lauding the "great" potential of the scheme and saying it may be speeded up.

"North Korea and Russia are in talks and we are also in talks with Russia. There will be a point where the three parties reach an agreement," Lee told a panel discussion.

"I think it will proceed faster than expected. It will be great if the project materializes."

Lee and Medvedev are expected to discuss the issue on the sidelines of the Asia-Pacific Economic Cooperation meeting in November in Hawaii, Yonhap news agency said.

Officials from Russia's gas corporation Gazprom will reportedly visit Seoul this month to discuss with Korea Gas Corporation the project to link South Korea to gas terminals in Sakhalin, Khabarovsk and Vladivostok.

Resource-poor but heavily industrialized South Korea is one of the world's biggest importers of natural gas.

Under a 2008 interim agreement it would import at least 10 billion cubic meters (350 billion cubic feet) of natural gas a year -- 20 percent of its annual needs -- through the pipeline for 30 years.

But Gazprom's chief executive said last November the delivery method had not yet been agreed. Other options are an undersea pipeline or liquefied supplies by ship.

Experts said the transport cost of pipelined gas would be one third that of liquefied gas carried by ship. Given current gas prices, the deal could bring Russia $150 billion over 30 years.

A deal hangs on the diplomatic mood on the Korean peninsula and currently tensions between the North and South are at their highest for years.

Professor Kang Joo-Myung of Seoul National University said there are serious obstacles to the 1,000-km (625-mile) pipeline, which according to experts would cost $3 billion to lay.

"South Korea has to ask three questions -- is the size of the gas reservoir large enough to supply for 30 years, who will fund the pipeline construction across North Korea and how to guarantee against North Korea risk?" Kang told Agence France Presse.

He said the project was likely to face strong opposition from the communist North's powerful military as it would have to traverse the heavily fortified inter-Korean border. The military might have to relocate sensitive facilities.

The project needs an easing of tensions and especially a settlement of disputes over the North's nuclear program, said Professor Kim Yong-Hyun of Seoul's Dongguk University.

"Under the current situation, the pipeline project appears to be no more than a pipe dream," he said. "But it could also serve as a pathway to bring the two Koreas closer."

Kim played down concerns the North could turn off the supply to pressure the South, particularly as such moves could damage ties with Russia.

Professor Yang Moo-Jin of Seoul's University of North Korean Studies said the two Koreas and Russia were likely to reach agreement to form a special committee in November to push through with the project.

"However, it's true that there remains a long way to go before the project becomes reality," Yang said.

And Choi Ki-Ryun, professor of energy studies at Ajou University in Suwon, said economics should have greater weight than politics.

"The price will get lower," Choi said, "and it is necessary to calculate the risk of a long-term energy project rather than focusing on political meanings."