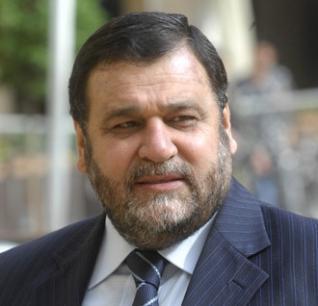 MP Khaled al-Dahr denied have any links to militant Ahmed Salim Miqati, alleging that Hizbullah was behind the claims that he was in contact with the detainee, reported the Kuwaiti al-Seyassah daily on Sunday.

Daher told the daily: “Claims about my links with Miqati were fabricated by Hizbullah's Liaison and Coordination Officer Wafiq Safa.”

“If these contacts took place, then evidence of them should be present in telecommunications data. Where is this data?” he wondered.

“I can assure you that I have not met with or seen Miqati in 12 or 13 years,” he revealed.

“There is absolutely no contact between us,” stressed the lawmaker.

“Hizbullah fabricated these claims in order to avert attention from its actions in Syria's al-Qalamoun region,” he explained in reference to the party's fighting alongside the Syrian regime.

Asked why Hizbullah would come up with such claims against him, Daher responded that he was the only official who had “exposed the party's plots with Iran.”

“We support the army, but reject turning its members into victims of Hizbullah's adventures,” he stated.

“We support the army and demand that it deploy along the entire Lebanese-Syrian border and for Lebanon to distance itself from the developments in the neighboring country,” Daher added.

“We will not become partners of Hizbullah's acts,” he declared to al-Seyasseh.

Daher's name was recently mentioned in media reports that said he had been communicating with the dangerous detainee Ahmed Salim Miqati prior to the militant's arrest in a deadly army raid Thursday in the Dinniyeh town of Asoun.

Several television networks – including al-Jadeed, MTV, and al-Manar – said the interrogation of Miqati unveiled that he had been “communicating” with Daher via the WhatsApp mobile messaging application.

The militant sent to Daher “videos of defections of Lebanese army troops”, while the MP used to send him “messages of motivation and encouragement,” al-Jadeed said.

but we should take you seriously??

This type of discourse is ruining the country

Reading your pas few comments you did not steal your nickname

they banned me too LMAOOOOOO

Bless you Roar, brothers for life we shall remain.

But Rifi stated they were innocents and not related to any incidents. Wallaw... we just need to shoot them on the spot or wait till Geagea goes back to prison in order to release them.

If they put Daher in Roumieh, he will have access to cell phones and internet, he'll pay off some soldiers to smuggle things into the prison for him. He'll lead a prison break and all the lunatics will march down the tari2 l 7abes, through Nahr el-Mot and take over City Mall.

Left accusses the right and vice versa, in reality both are failures and continue to make the Lebanese soldier pay the price. After all to the politicians and religous zealots (one in the same) these soldeirs have no names, faces or lives and are expendable.