IMF Says Greece Could Return to Growth in 2013 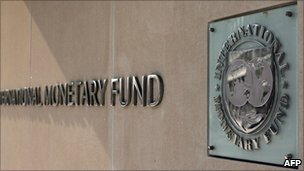 Greece will remain in recession for all of 2012 with an annual contraction of 2.5 percent, but could return to growth by 2013, the International Monetary Fund said on Monday during a symposium on the Greek debt crisis.

The IMF representative to Greece, Bob Traa, told the conference organized by the Economist magazine that the Greek rescue program is in a "difficult moment" and that gross domestic product was likely to contract by 5.5 percent in 2011 and "an average of negative 2.5 percent in 2012".

However, he said the IMF projected that Greece would return to growth in 2013.

Ten days ago, the Greek statistics office forecast that the economy was set to shrink by 5.0 percent this year instead of the previously estimated 3.5 percent.

Chryssohoides said that the Greek business community had many failings and that he was committed to transform Greece from an economy dominated by the state with high imports to a "competitive economy".

The "economy cannot continue the way it is, too dependent on domestic consumption and imports. There are two ways to get out, either you dramatically lower the income and squeeze out the imports or raise competition," Chryssohoides said.

Traa said achieving competition was easier through a devaluation, but that Greece had made the choice of staying in the Eurozone which denied them that option.

"You have to be very flexible on labor markets, capital markets," Traa added noting that the Greek justice system "doesn't function very well".

"We insist on the implementation of reforms," he said.