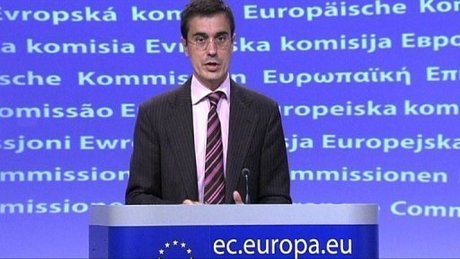 Greece was locked down in tough EU-IMF talks on rescue funds, and Italy was hit by a credit downgrade, dragging the eurozone ever closer towards danger on Tuesday.

The talks on rescue funds needed to avert bankruptcy for Greece and chaos in the eurozone next month dragged unexpectedly into a second day, just as Greek authorities prepared to auction more debt.

Italy also has a high debt-to-output ratio of about 120 percent, although its public deficit is not unduly high by the standard of eurozone countries in trouble.

There is a widespread belief on financial markets, where stocks opened with further falls on Tuesday, that Greece will default at least in part.

That could have unpredictable effects of contagion on other rescued eurozone countries Ireland and Portugal but also possibly on Spain and Italy, the third-biggest economy in the eurozone.

The latest slice of funding under a first rescue last year is held up by the current audit of how Greece has respected conditions, and its creditors have told it to catch up on its promises.

Greek Finance Minister Evangelos Venizelos will hold a conference call with head auditors from the EU, IMF and European Central Bank at 1700 GMT, his office said, with the government under pressure to launch new austerity measures and get going with privatisations.

"The climate is positive, we expect the talks to conclude tonight," a finance ministry source said.

Also on Tuesday, the Greek debt management agency will attempt to raise 1.25 billion euros ($1.7 billion) in a sale of three-month treasury bills.

Unless Athens can come to an arrangement with the auditors from the European Union and International Monetary Fund, its reserves to pay pensions and wages will run out in October.

The first round of talks with the head auditors on Monday was "productive and substantive," the finance ministry said.

The audit had been suspended in early September, with sources close to the mission citing lack of progress in reform and placing the release of an eight-billion-euro loan slice at risk.

Greece is under pressure to plug a budget hole of more than 2 billion euros ($2.8 billion) under the terms of a 110-billion-euro EU-IMF bailout contracted last year.

And the second EU aid package worth 159 billion euros cannot be finalised without a positive conclusion to the latest fiscal audit.

The government last week announced a new hefty property tax and is expected to make further cuts in the country's massive state payroll after the finance minister admitted there was "surplus" staff in the civil service.

Greek daily To Vima on Sunday said a senior finance ministry official had warned other departments that the EU and IMF were demanding progress on 15 measures including pension freezes, state company mergers and civil service layoffs.

And Kathimerini daily reported on its website late on Monday that Prime Minister George Papandreou was considering calling for a referendum on whether Greece should continue to tackle its debt crisis within the eurozone or by exiting the single currency.

"This is nonsense," the finance ministry source told AFP.