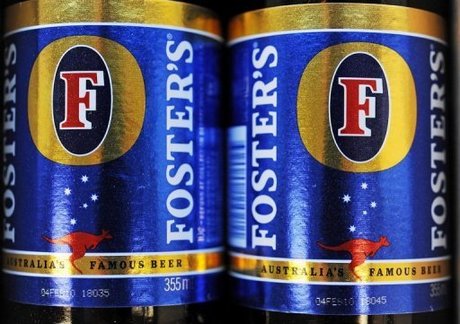 Foster's Group, whose leading lager brands include Corona and Foster's, had in August rejected a hostile bid of Aus$9.51 billion from SABMiller, which produces rival beers Grolsch and Miller Lite.

SABMiller on Wednesday said the Foster's board had since accepted an improved cash offer of Aus$5.10 per Foster's share. SABMiller said it expects the takeover to be completed before the end of 2011 after approval by Foster's shareholders.

"We are pleased that we have reached agreement on a recommended transaction to be put to Foster's shareholders," SABMiller chief executive Graham Mackay said in a statement.

"Foster's has a long-standing and proud reputation as one of the leading companies in Australia. We look forward to working with Foster's employees and other stakeholders to ensure the success of Foster's in the future as the largest brewer in Australia with an outstanding portfolio of brands," Mackay added.

The prospect of a takeover of Foster's, one of Australia's best known brands, had been anticipated since a recent demerger and amid consolidation within the Australian beverage industry.

"This is a compelling proposal from SABMiller and represents the value inherent in this iconic Australian company and in its brands and people," said Foster's Chairman David Crawford in a separate release.

Foster's, which owns Australia's largest brewer Carlton and United Breweries, recently split its beer division from the underperforming wine assets which had suffered because of a grape glut and soaring local dollar.

SABMiller's pursuit of the Australian company is meanwhile in line with its own strategy of extending its global reach. Founded in South Africa in 1895, SABMiller operates in 75 countries, while it is also a major bottler of Coca-Cola.

The maker of Castle lager has noted that Australia has a strong, wealthy and growing economy that is well positioned to benefit from continued economic growth in Asia, and has a profitable beer market.

Foster's has meanwhile been battling intense competition in the beer industry, affecting its flagship brands VB, Crown and Carlton Draught. Foster's estimated that the domestic beer market shrank 7.0 percent in the second half of 2010.

But SABMiller, whose products also include Peroni Nastro Azzurro, Tyskie and Blue Moon, said in May that annual net profits for 2010-11 had jumped by a quarter to US$2.4 billion on rising sales in developing markets.