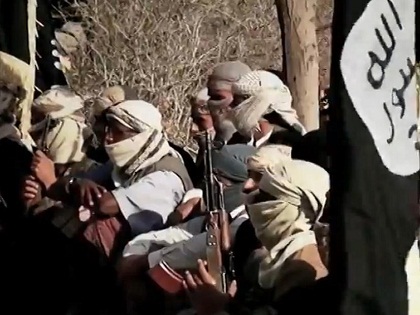 The Al-Qaida military chief in Yemen has vowed to launch fierce attacks against Shiite Huthi militiamen sweeping across the country, in an audio message posted Friday on jihadist websites.

"To the Huthis we say: brace yourselves for horrors that will make the hair of children turn white," said Qassem al-Rimi, the military chief of Al-Qaida in the Arabian Peninsula.

AQAP, which is considered by Washington as the most dangerous arm of the jihadist organization, said several attacks targeting Huthis and claimed by the group were only a "warm-up".

"Today you are our target... and don't even think that your crimes will go unpunished," added Rimi.

Huthi rebels overran the capital in September and then began taking territory east and south towards areas where the Sunni Al-Qaida militants are active.

AQAP has already threatened an "all out war" against the Huthis and claimed several deadly attacks on them, including one in October in Sanaa that killed 50 people.

Earlier this month, AQAP leader Nasser al-Wuhayshi accused the Huthis of collaborating with the United States and Iran to destroy Sunni Muslims.