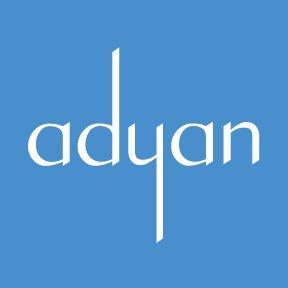 Adyan Foundation and the Lebanese American University will organize an international conference this week to discuss the role of religion in combating terrorism.

The two-day conference on “Religious and Political Values” will kick off at the Hilton Beirut Habtoor Grand Hotel on Wednesday and will continue at the LAU campus in Jbeil.

Adyan, which is a foundation for inter-religious studies and spiritual solidarity, said the conference will gather around 30 international scholars in political and social sciences, Muslim and Christian theologians and policy-makers.

It said the conference aims at creating a “forum for different sectors of society to reflect on how to actualize definitions of political values and norms in Muslim and Christian discourse on the one hand, and to explore and promote dialogue about these values from different worldviews on the other hand.”

But As Safir daily said the conferees are expected to tackle the role of religion in confronting terrorism and extremism. They are also set to stress the value of dialogue and inter-Christian and inter-Islamic ties.

A similar conference will be held in Cairo next week. Christian and Muslim representatives from around 130 countries are expected to attend the meeting.

The conference's final communique is to stress the importance of dialogue, the consolidation of moderation and the rejection of terrorism, As Safir said.

The two meetings come as Shiite and Sunni clerics from about 80 countries gathered in Iran's holy city of Qom on Sunday to develop a strategy to combat extremists, including the Islamic State group that has captured large parts of Iraq and Syria.

The threat of IS and al-Qaida-linked al-Nusra Front is also high in Lebanon. The two groups' jihadists overran the northeastern border town of Arsal in August and engaged in bloody clashes with the Lebanese army.

The fighters also took with them hostages from the military and police.

Many extremists in Lebanon have pledged allegiance to the groups.

The epitome of hypocracy lol we chair the conferance yet we have Hizballah and Al Nasra orginisations in Lebanon loool. Death to the yids (just to please those hypocrites who take preference to to my thoughts!)

I'd like to know more abt Sunni/Shia clerics from 80 countries who met in Qum to dices ways of combatting religious extremists.

absolutely ridiculous.. hizbollah an internationally recognized terror organization is represented in the Lebanese government by several ministers. Yet, Lebanon is hosting a conference on terrorism..ironic.

How about dialogue with the Jews too?
I think on the scale of urgency, it's there, and besides, the oldest of the three fools should be represented. Maybe God can attend too.
What a sweet deal, religious conferences to save us from religion sponsored terrorism.

My point exactly.... its takes a lot more than we as a nation are willing to give up to become a democracy and have laws that every citizen bar non has to respect. When the people decide they would rather have laws than the demiGods they have then we stand a better chanve of moving forward meanwhile we enjoy the 13th century nation.