Bulgarian Imam, Six others Charged over Support for IS Group 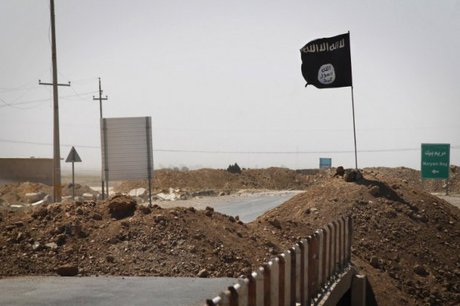 Bulgarian prosecutors on Wednesday charged a controversial imam and six others with inciting jihad and accused the group of serving as a link for Westerners seeking to join Islamic State fighters.

Ahmed Mossa Ahmed, a Bulgarian imam in a tight-knit Roma neighborhood in southern Bulgaria, was detained Tuesday along with five men and one woman in a massive operation by police and prosecutors that included a raid on a mosque.

They have been charged with "preaching the ideas of the terrorist Islamic State (IS) group" and "inciting war" between July and November, deputy chief prosecutor Borislav Sarafov told a press conference Wednesday.

He showed journalists videos of Ahmed and the other defendants posing in white T-shirts sporting the IS symbols. Other videos contained preachings by Ahmed as well as IS leader Abu Bakr al-Baghdadi praising IS jihadists in Syria and urging an Islamic war.

According to Sarafov, Ahmed had followers from Roma Muslim communities in Germany, France and the Netherlands and the Bulgarian group was serving as a link for western Europeans wanting to join IS fighters in Syria and Iraq.

Ahmed was already twice given jail time, including as recently as March, for promoting radical ideology in mosques, conferences and cafes. But he remained free pending appeal.

On Wednesday, his lawyer Elvira Pankova told public BNR radio that her client said he "was not guilty of the charges."

The office of the country's Chief Mufti, the spiritual leader of Bulgaria's Muslims, meanwhile distanced itself from the suspects.

A majority Christian Orthodox country, Bulgaria also has a 13-percent Muslim population, including ethnic Turks, Muslim Roma and Pomaks, whose Christian ancestors were forced to convert to Islam during the country's Ottoman domination.